Whatever Happened To? Blackpool Balloon 723

The next tram to feature in this series featuring vehicles which carried passengers over the final weekend of traditional tram operation in Blackpool is Balloon 723.

Balloon 723 was only used on Saturday 5th November and its main claim to fame for the weekend is that it was the only double decker to run on timetable services during the day when it was allocated to the Pleasure Beach to North Pier/Cabin circuit. Returning to depot early evening (around 1800) that was it for 723 and the traditional tramway as it was not seen either that evening or the last day.

Today and 723 is firmly part of the heritage fleet, regularly used on Heritage Tram Tours (when they are running of course!). The tram was used in 2013 still in an advert for the Sands Venue and then became a scruffy surprise in September 2015. It was then subsequently treated to a repaint into the 1980s fleet livery and has remained like that ever since. 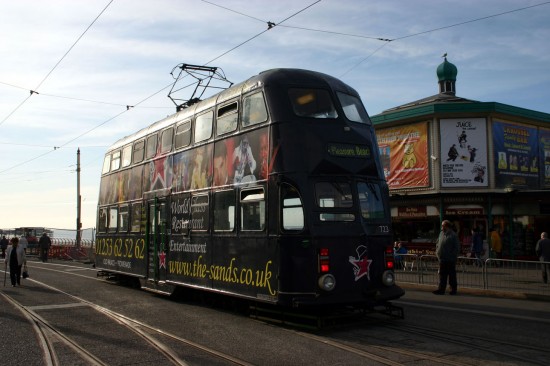 5th November 2011 and we see 723 at North Pier where it is just about to reverse and return to Pleasure Beach. This was the only double-decker to run timetabled services during the day on both days of the weekend. 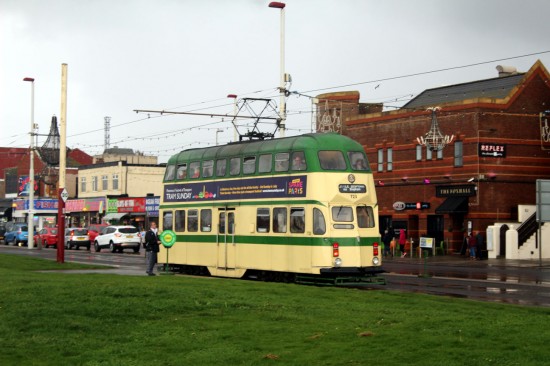 On 28th September 2019 and 723 is seen in the 1980s fleet livery as it calls at the temporary heritage service at Foxhall Square heading to Little Bispham. (Both Photographs by Gareth Prior)