So Nearly, Not Quite: Blackpool Centenary 645

Its another “it’s a bit dark around here isn’t it!” entry into the series that proves that there is a good reason to take lots and lots of photos in the hope at least one comes out something resembling what you had hoped!

The location is Bispham again on 4th September 2006 and the tram we can barely make-out here is Centenary 645 which at this time was carrying a light blue advert livery for the Palm Beach Hotel. The illuminations are on but at this shot is taken on the centre track just beyond Bispham Station they don’t reach this far which means its pretty dark! If nothing else we get to see the illumination behind the destination blind! Ah, never mind, better luck next time! 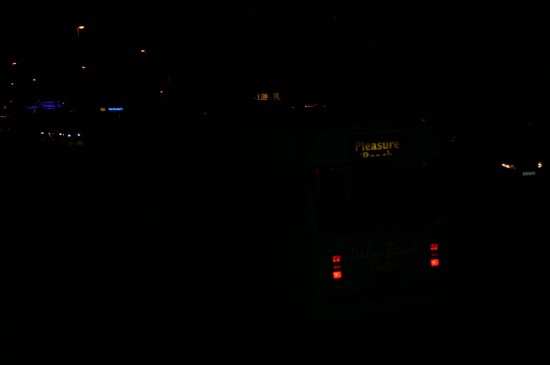