Continuing our series of photos taken on “Lockdown Walks” we head to the West Midlands Metro network again today.

The section of tramway around West Bromwich allows for plenty of photographic opportunities with a pathway running alongside the tramway and with recent efforts to cut the trees back – some of which were starting to cause safety issues due to their proximity to the tramway you can gain many different vistas of the Urbos3 trams in service. 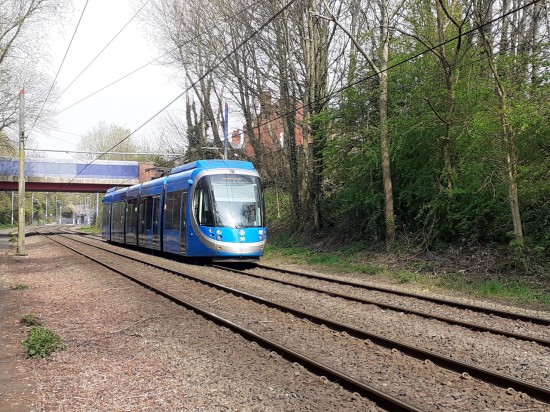