It was inevitable that in this series we were going to end up at Beamish at some point but what is probably the biggest surprise is that it has taken us this long!

The below photo is dated 12th April 2019 and was taken during Beamish’s Great North Steam Fair when Blackpool & Fleetwood Box 40 was one of two visiting trams staying in the north east for an extended period. With its loan in Blackpool having ended it was on its way back to Crich – by the picturesque route obviously! – and would end up staying at Beamish until the end of August.

At a time when social distancing was not a term we used in everyday life Burrell Showman Road Locomotive 3896 “Earl Beatty” is seen close alongside the tram as they both head towards the town. The steam powered locomotive was built in 1921 and is a regular performer at Beamish special events. 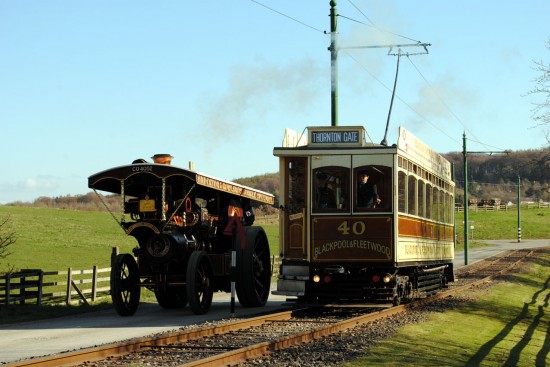