This week we are taking a trip to Derbyshire to have a look at a remarkable survivor from the 19th century in the form of the old Matlock Cable Tramway Depot.

This building was constructed in 1893 by the Matlock Cable Tramway Co. Ltd. and consisted of three tracks with a single access road with a traverser also installed. The site also contained the winding house and remained in use until 30th September 1927. Since used for commercial purposes since it remains in position in 2020 some 127 years since it was originally built. 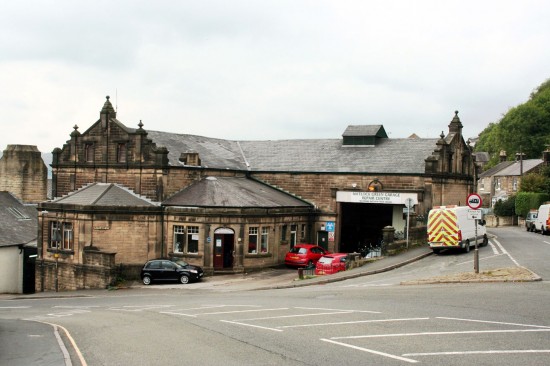 In this 2014 view the building was now in use as a garage. The pride of tramways back in the 19th century is clear to see here with the grandeur of the building. (Photograph by Edward M Koehler Jr, 15th September 2014)