Around the World in Trams: Wellington 257

We continue a look at the trams based at MOTAT in Auckland today and in this edition of “Around the World in Trams” we feature a tram which has moved to Auckland from Wellington.

The below photo shows Wellington 257 which if the information panel to be believed was “Designed for passenger comfort”! Built in 1950, 257 is a Fiducia type tramcar, designed as a one man operated car it rarely operated in this form with a conductor usually found on board. The Fiducia cars started to be built pre-war but the Second World War delayed the production of the final trams, of which 257 was one of these final batch of four. With more modern materials used than the earlier cars there were some minor design differences but upholstered seats remained. This tram has now been restored to operational condition. 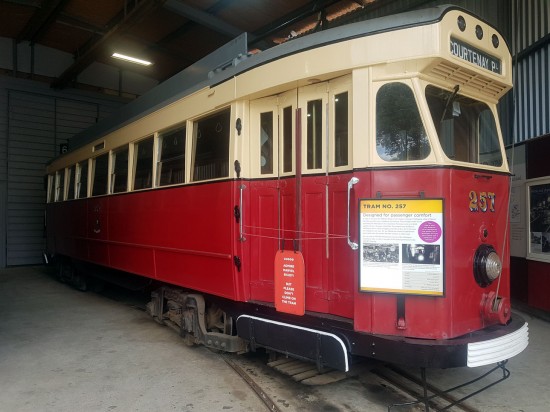