In Pictures: Trackwork in Sheffield

The past few weeks have seen some small jobs on Stagecoach Supertram affecting services, including on Sunday 8th March at Holme Lane with the inbound track dealt with during the morning. This work was only fairly minor and meant there were no services to Malin Bridge until approximately 1100 with the Blue route being diverted through to usual Yellow route terminus Middlewood. Stuart Cooke popped down to see what was going on. 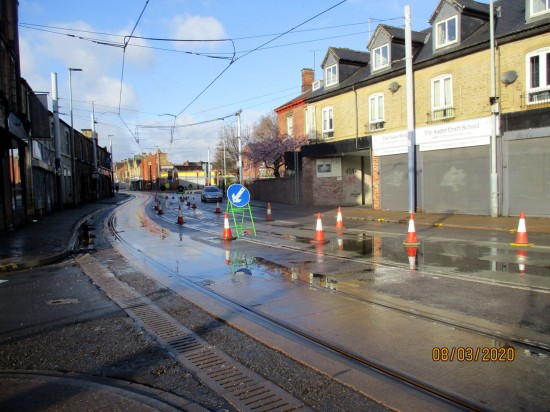 The job was so small that this was the scene at 0830 – work already completed! The trackbed repairs are settling down here before trams would resume later in the morning. 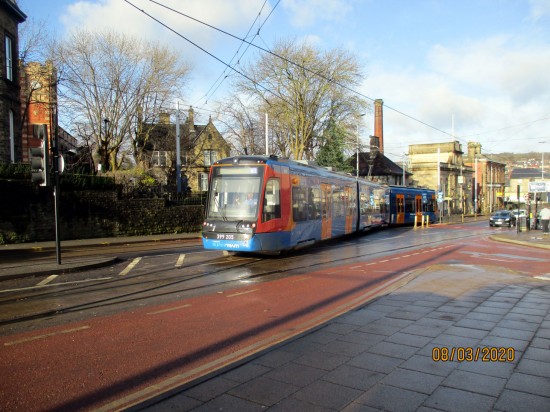 The first few Blue route services were turned at Hillsborough rather than running to Middlewood. This is 399 205 turning on the crossover before returning to Halfway. 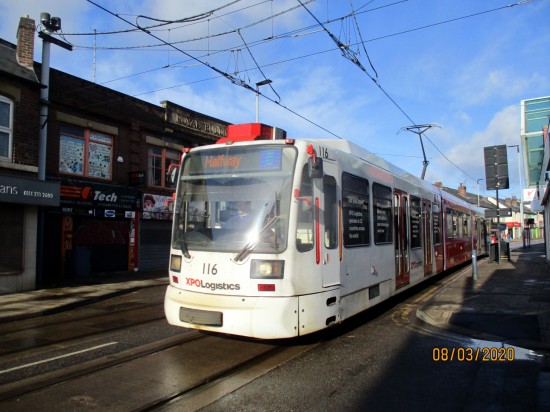 116 was the first Blue route service to run to and from Middlewood. It is seen here just after 0900 passing by Hillsborough Shopping Centre on its way to Halfway. (All Photographs by Stuart Cooke, 8th March 2020)