Posted on Friday 6 March 2020 by Gareth Prior

Whilst no official opening date has yet to be announced, driver training on the new Trafford Park line is continuing in preparation for the day that public services commence between Pomona and the Trafford Centre.

The last update from Transport for Greater Manchester was that it would open during April but there is currently no sign of an exact date and with driver training having to be followed by full shadow running it will be a little while yet before we can enjoy the 12 minute frequency running from the Trafford Centre to Cornbrook. As mentioned previously the full service running through the city centre to Crumpsall will follow once the new trams now on order from Bombardier arrive as there currently isn’t the capacity within the fleet for this to operate. 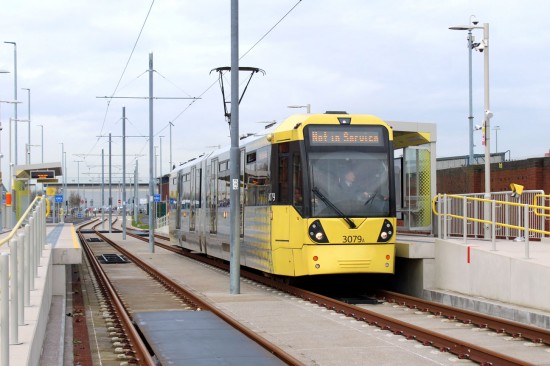 3079 calls at the Village stop during an inbound driver training run. 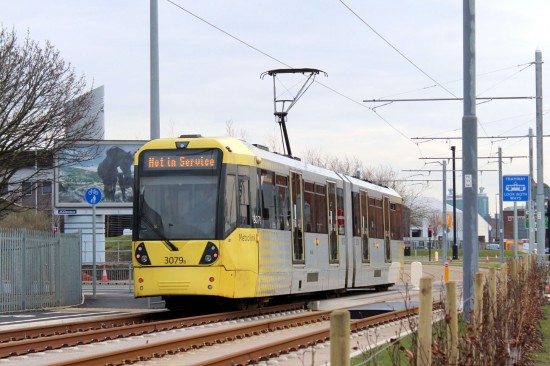 Trailing view of 3079 as it approaches the large traffic roundabout at the eastern end of Village Way during an inbound driver training duty. 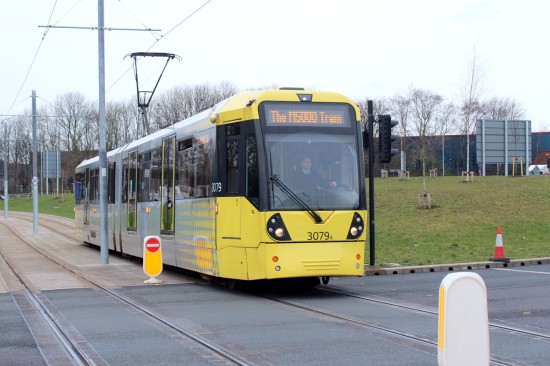