Merry Christmas! Hopefully you have been good enough for Santa to visit you this morning and you have had plenty of treats already but the treats just carry on from British Trams Online! It may be Christmas Day but we still have our December photographic series running (don’t worry I’m not THAT sad to be uploading these at Christmas, it’s the wonders of technology that you can schedule them when not around!) and today’s “15 Years Apart” shows a tram which has certainly changed between the two photos.

2004 and 143 was still very much in its withdrawn guise as Engineering Car 753 with restoration work to return it to a Standard Car not yet having commenced in earnest. The tram had been moved from Rigby Road to Brinwell Road and was by this time preserved by the Lancastrian (now Fylde) Transport Trust but the ravages of the fire can clearly be seen on the side of the tram as it waits the start of its work. 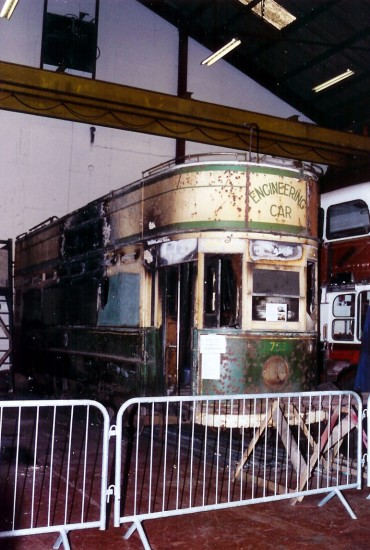 And 2019 – ta da! What a massive difference 15 years can make. From the, let’s be fair, wreck of 2004 to this beauty of a tram! The major and extensive restoration of the tram came to a conclusion in 2019 – although its road to a return to service is still to be completed following its much publicised failure on launch night – and a high quality tram it looks as well. There is no doubting that this is a tram which has changed A LOT during the last 15 years! Although not fit for service 143 was displayed at North Pier/Tower on 28th September when caught on camera. 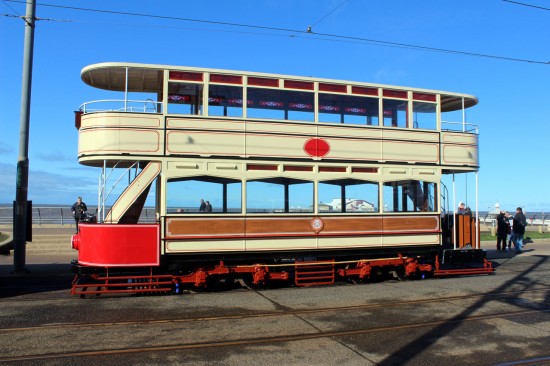