Hopefully your Christmas dinner was everything you hoped it would be and you are now relaxing and getting ready for the Queen’s speech! If you or if you’re not it doesn’t matter as in the meantime you have another British Trams Online treat as we take a look at another tram which operated during 2019 on no fewer than three tramways, Blackpool & Fleetwood Box 40.

Having started off the year in Blackpool, 40 moved on firstly to Beamish for a loan spell and then back to its actual home at Crich (a home tramway it has only run sporadically since preservation in the 1960s).

When at Beamish the tram came across many types of vehicle it won’t have seen since its very early days of operation in Blackpool with heritage and vintage transport especially in evidence during April’s Great North Steam Fair. And it is at that event that we first see the tram below arriving in the Town with a steam roller and various other vehicles alongside. 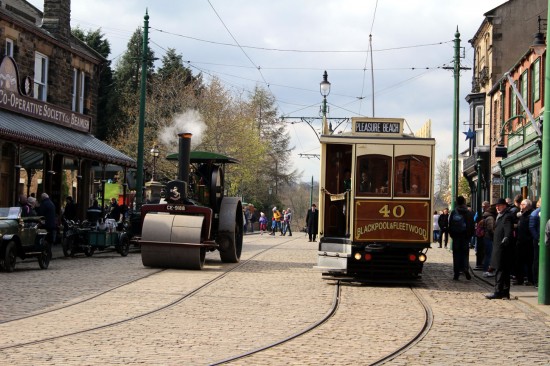 Having stayed in the north east until August, by September the tram was back in service at Crich where it made its operational debut during the Crich 60 event held over the weekend of 21st/22nd September. On the first of those two days this photo shows 40 at Victoria Park. 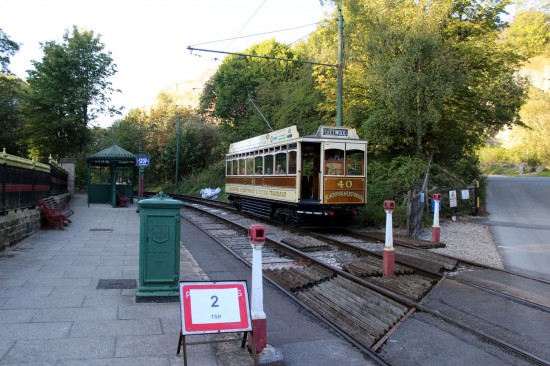