Another two bite the dust at Crich

Following on from last week’s shock news that Southampton 45 has been withdrawn from service, it has been confirmed that two more old favourites at Crich Tramway Village have now been sidelined and will not be operating in 2013. The latest two victims are Blackpool & Fleetwood 2 and Johanneburg 60 – neither of which is suffering from any known defects, but are now considered overdue for workshop attention.

The Crich workshop have some very strict, self-enforced policies regarding the maintenance of its operational tram fleet to ensure that its priceless vehicle collection are well cared for. Part of this policy involves trams being subjected to an overhaul, including lifting of the body from the trucks, roughly every eight years. Sometimes this leads to trams which are fully serviceable being taken out of service, although these are not always admitted to the works straight away. Although not confirmed by the museum, this is believed to be the case with these two latest withdrawals, both of which were running well up to the end of the 2012 season.

The loss of ‘Rack’ 2 from the running fleet has been met with particular disapointment, as the oldest tram in regualr service at the museum, and a very popular open car. Car 2 was extensively rebuilt in 1998 ahead of its 100th birthday, and hopefully this major investment in the tram will ensure that it does not stay out of action for too long. However, another argument could be that low capacity open cars generally see little use, and that with fellow Blackpool cars 166 and 236 now in regular use, there is little need for ‘Rack’ 2 as well. Hopefully this will not be the case and the three contrasting open trams will be able to run together again before too long. It is also worth noting that 2014 sees the 50th anniversary of the commencement of the electric tram service at Crich. As car 2 performed the historic first public journey in July 1964, it must be sincerely hoped that the tram will be reinstated to service to mark this landmark occasion, if only on a temporary basis.

The demise of Johannesburg 60 is perhaps even more surprising, as double-deck open balcony cars seem to be very much in favour at Crich of late. This car last received significant attention in 2005 when its wheelsets were replaced thanks to the generous financial support of the Tramcar Sponsorship Organisation. Since then it has been a regular and reliable performer, although more recently some crews have been critical of the amount of noise it produced (something that your writer thought rather added to its charm!).

At the time of writing it is not known what plans exist for either 2 or 60, and it is not known what level of work their owners consider necessary for them to return to traffic on a regular basis. For the time being however, both look set to join an ever-growing list of trams awaiting their turn for workshop attention, which includes the likes of Southampton 45, Oporto 273 and Liverpool 869. The greatest worry is that, with declining visitor numbers and a reduction in funds available for workshop projects, some of these trams may never run again, or at least have to wait a considerable amount of time before their turn in the workshop comes around.

Obviously the National Tramway Museum has a far larger fleet of trams than any other British museum, and despite these latest withdrawals, there should be a credible 17 electric passenger trams available for service for most of the year ahead. With Sheffield 510 and possibly Blackpool 762 set to join the operating fleet later on in the year, 2013 should still provide plenty of interest at Crich, but for enthusiasts who savour variety, the loss of three trams in one fell swoop will be another black mark for this museum which had done so much to gain positive publicity last year. 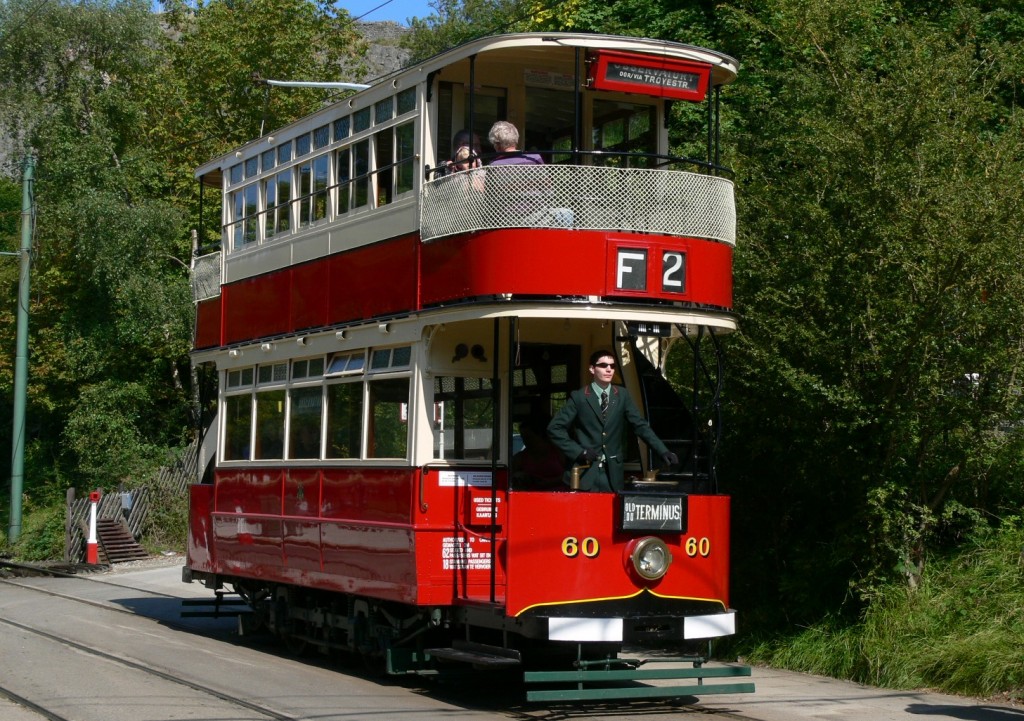 Johannesburg 60 gleams in the sunshine as it approaches the car park stop during the 2012 Crich enthusiast's event - just a few weeks before it was to be retired from use. (Photo by Tony Waddington) 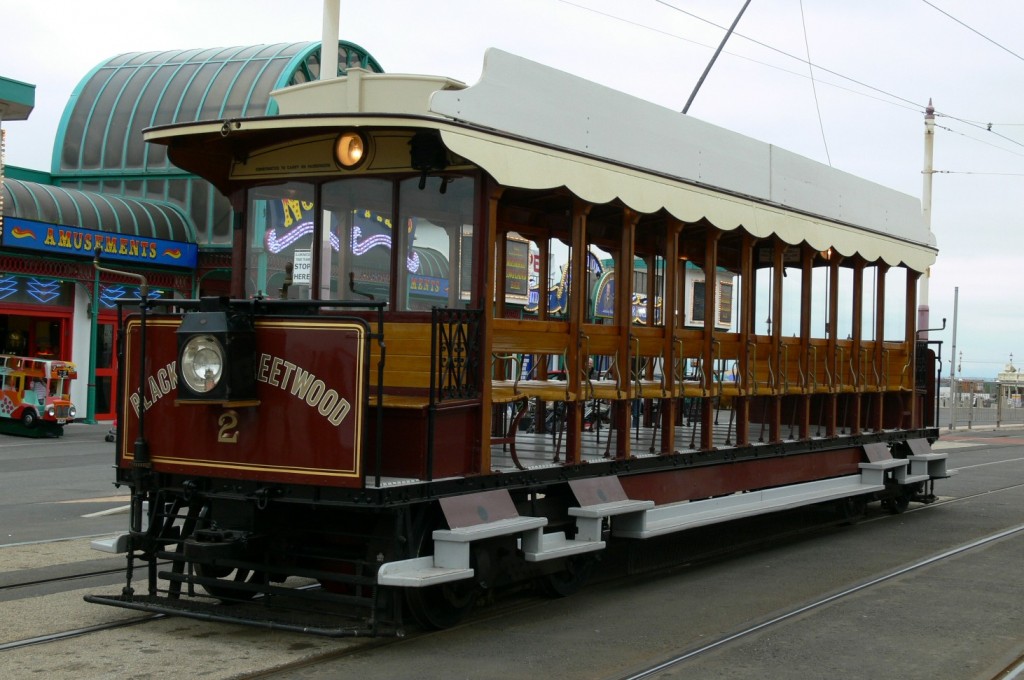 'Rack' 2 is a long way from the promenade, but here is a flashback to happier times for this car, and its visit to Blackpool during September 2010, when it was captured at North Pier. (Photo by Andrew Waddington)