In 2004 and the tram was still running under its 1968 renumbering number of 602 and was also carrying the Yellow and Black livery as part of the colourful liveries being carried by many of the Boar Cars at this point in their history. Although not in service when caught on camera here at Rigby Road we can see the tram inside the shed waiting for its next duty on 12th September 2004. 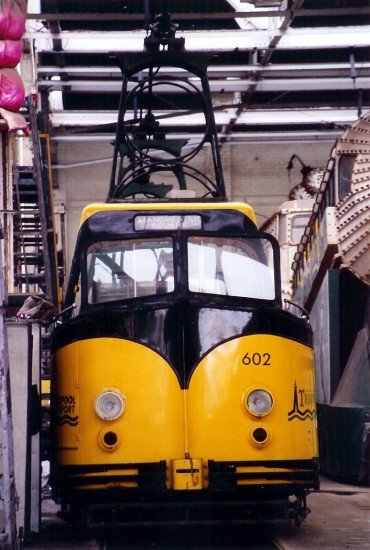 Onto 2019 and the tram is once again running under its original fleet number of 227 but that isn’t all that has changed. It has received a repaint into a Red and White livery, received strings of lights from its trolley tower and has also been named Charlie Cairoli including images of the famous clown in the tower. On 25th May 2019 227 is leaving the centre track at Bispham returning to Pleasure Beach. 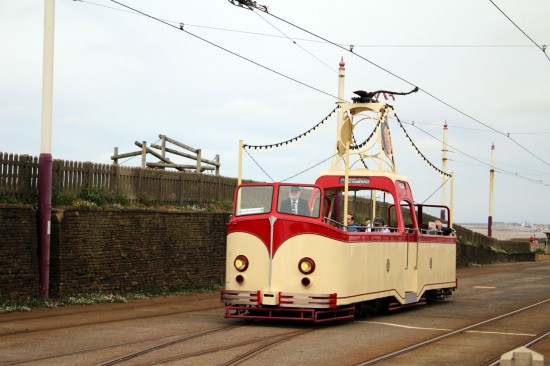