In Pictures: The trams out for Lightopia

Whereas by now the trams at the Heaton Park Tramway are usually tucked up for the winter in the depot, 2019 is a little bit different as they are being put to work for a new event taking place within Heaton Park – Lightopia. This festival has seen the park turned over to special lighting effects and entertainment each night during December and the tramway has been joining each Friday, Saturday and Sunday.

Those attending Lightopia are able to head down to the tramway and take a tram ride in the dark between Lakeside and Middleton Road – with normal tram fares applying. All three operational trams at the tramway have been in action: Hull 96, Blackpool 623 and Manchester 765 with the latter two’s higher capacity seeing their use more often. To add to the light theme 623 has received its own illuminations on its trolley pole and tower.  A two car service is running each Saturday and Sunday between 1700 and 2100 with one tram in action each Friday until 29th December.

After a slow start the service is now proving popular with three bell loads a regular feature during the busiest periods giving a nice boost to the tramway at the end of a difficult year which saw it have to close for a month after the theft of overhead in September.

* More photos from Lightopia will be following in a future update of British Trams Online. 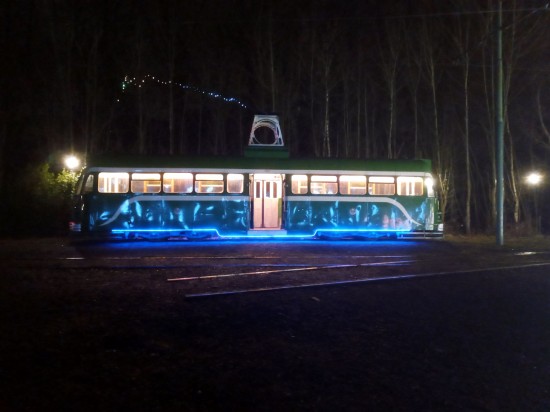 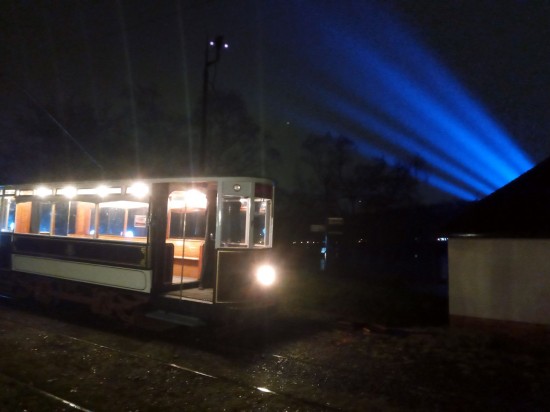