Today we head back to Blackpool to take a look at a tram “15 Years Apart”. This tram the feature of this article is Balloon 718.

As always we start off in 2004 when 718 was running in this bright all over advert for City Sightseeing. 718 had been the third (of four) Balloon Cars to be rebuilt in this flat fronted designed (now commonly known as Millennium Cars) with the work being completed some two years before this photo was taken in 2002. After the tram was released from the Workshops it received an all over advert with the below design for City Sightseeing being applied in August 2002. It would retain these colours into 2005 and was caught in this photo on 16th September 2004 on Lord Street, Fleetwood bound for Fleetwood. 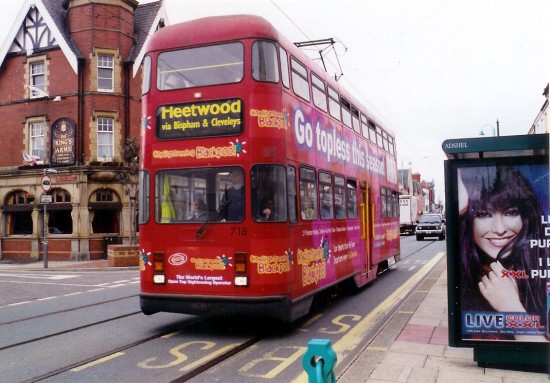 After another couple of advert liveries, 718 received the widened entrances for use at the light rail platforms once the upgraded tramway opened but as is the story with the B fleet trams its use for this purpose in anger was very limited. The tram soon went on loan to the heritage fleet and the for the first time in its flat fronted history it received fleet livery in 2017 (having initially run on heritage tours in 2016 in white). On 27th May 2019 the green and cream tram is seen on Pleasure Beach loop. 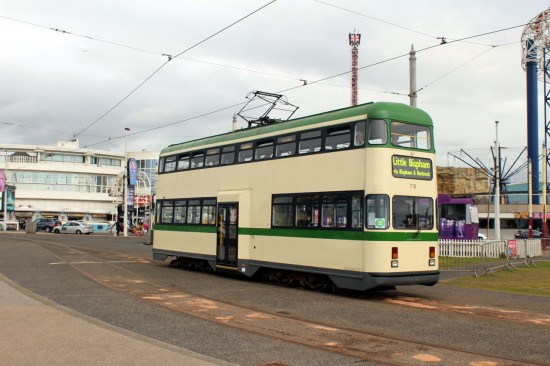