For the final edition of Picture in Time in 2019 we head back to the South Gosforth Open Day of the Tyne and Wear Metro for a general view of the outside sidings.

This image was again taken during the 30th anniversary Open Day at the depot on 9th August 2010 and at least six Metro Cars in four different liveries can be viewed. This includes 4055 in the Blue and Yellow livery with EU funding signwriting, 4065 in the red and yellow livery and 4040 in an advertising livery. Another advert can be seen on the vehicle on the far side too. 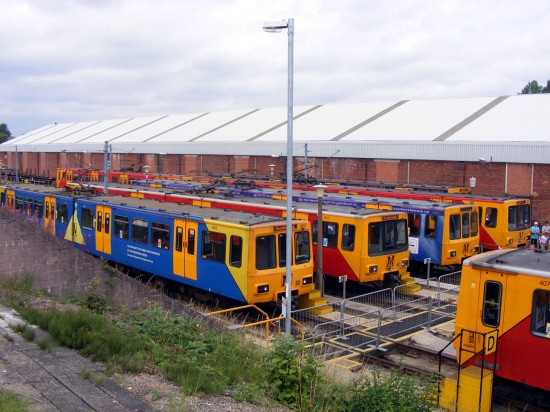