In Pictures: Focus on the final Blackpool Gold weekend on the year

Saturday 23rd and Sunday 24th November saw the last Gold weekend of heritage operation in Blackpool with both days seeing a six tram service running all the way between Starr Gate and Fleetwood. The Winter Gold weekends see the most intensive service to Starr Gate (the Flexity service is running at a lower frequency giving more opportunity to fit in the heritage trams down New South Promenade) with all six trams running at least one journey “all the way” north to Fleetwood.

This article concentrates on day one of the weekend when the six trams initially in service were Standard 147, Brush 631, Centenary 648, Balloons 713, 715 and 717. In addition Balloon 700 was at North Pier/Tower as the Shop Tram with it also running a public service at the end of the day whilst 711 replaced 713 during the afternoon.

The Sunday of the weekend saw the same timetable run again with the final heritage Fleetwood service of the year seeing the Illuminated Trawler operate north.

Whilst that is the end of Gold weekends in Blackpool this year it won’t be the end of heritage operation as Santa Claus himself will be visiting on the weekends of 7th/8th, 14th/15th and 21st/22nd December which will include a four tram heritage service as well as the Western Train at North Pier/Tower.

North Pier/Tower loop line where Balloon Cars 717 and 700 sit. The latter will be there all day in use as the Shop Tram. 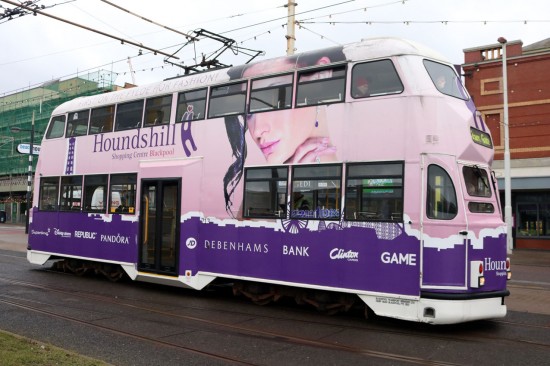 B fleet Balloon 713 has seen use throughout the year on heritage tours in 2019 and this day was no different (although it was replaced in service during the afternoon). Still featuring its advert for Houndshill Shopping Centre the tram is seen at North Pier/Tower heading for Starr Gate. 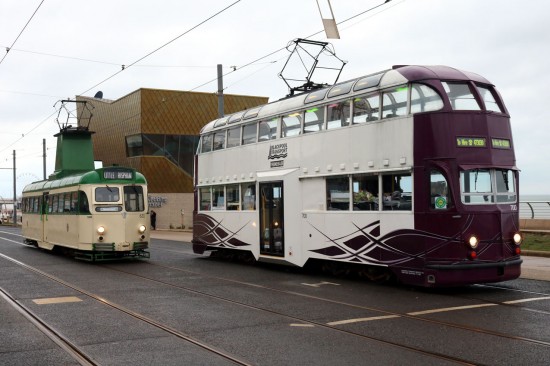 Brush 631 arrives at North Pier/Tower where it finds Balloon 700 again. 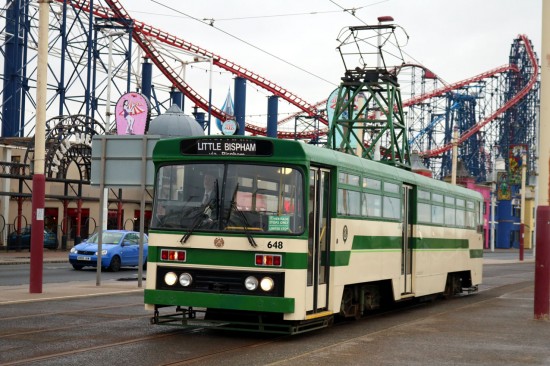 Centenary 648 passes Pleasure Beach loop as it runs a service from Starr Gate to Little Bispham. 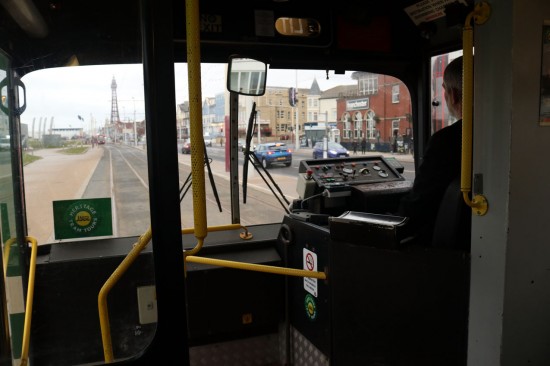 A shot taken from within Centenary 648 looking up the line towards Manchester Square with a Flexity in front. 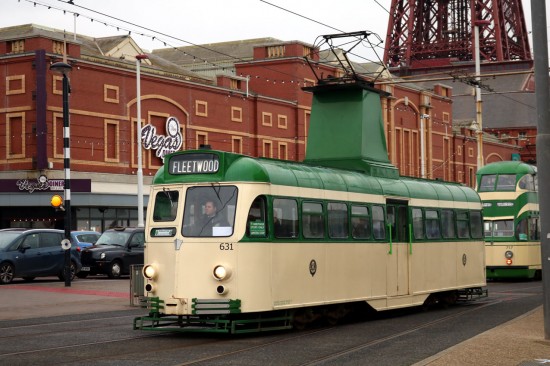 631 at North Pier/Tower on its way to Fleetwood. 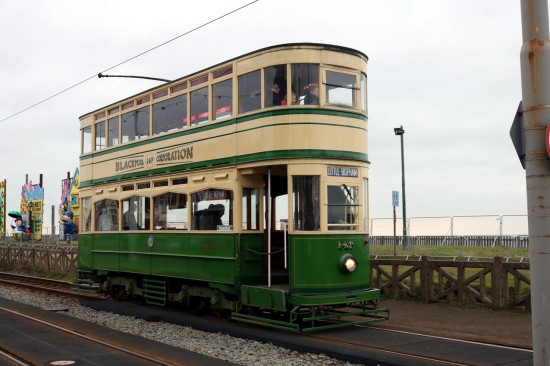 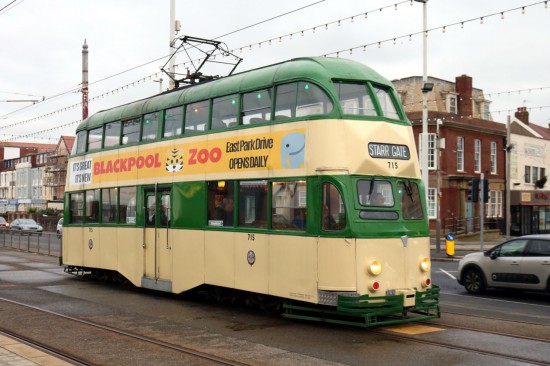 The sixth tram at the start of the day was Balloon 715 which we see here at Bispham on its way back to Starr Gate. 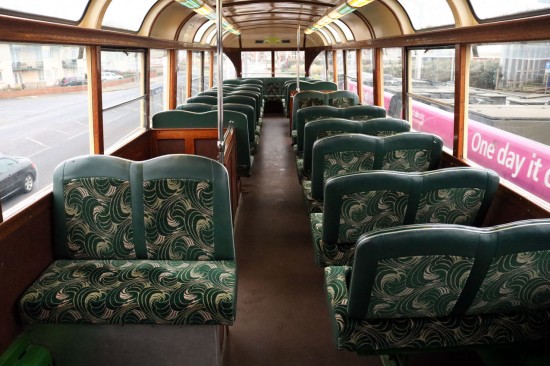 The upper deck of 717 in this view taken at Starr Gate with a Flexity alongside. 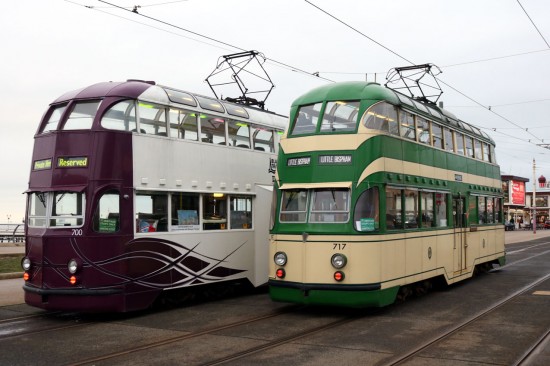 1 Response to In Pictures: Focus on the final Blackpool Gold weekend on the year