The loss of adverts on Edinburgh Trams for American Express didn’t last long as just a couple of weeks after the first design was removed (from 269 and 270 anyway) a new style of advert has been applied, initially to 270 and then to 263. For the latter tram this has meant that it has lost its long-standing adverts for C R Smith (from Lossiemouth to Kinross). The new advert is a mainly white design which almost makes it look as if it is a full advert livery as the white of the fleet livery now matches! Roy Calderwood has sent us the following photos. 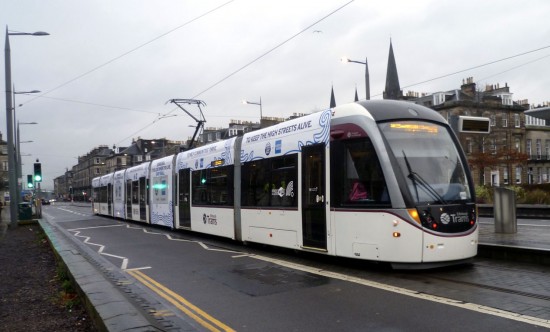 270 at West End in its new American Express advert. The tram is on its way to the Airport. 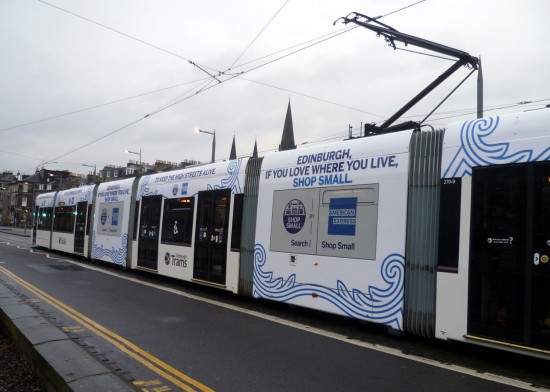 The new adverts are part of the American Express campaign encouraging you to shop where you live – “Shop Small”. This is 270 again. (Both Photographs by Roy Calderwood, 25th November 2019)