We reported a few weeks ago on the latest influx of all over adverts on Manchester Metrolink which included a full – contravision included – vinyl wrap for Lightopia on 3019 and in this article we take our first look at the tram in this condition. Lightopia Festival is taking place at Heaton Park until 31st December (and includes the heritage trams at the Heaton Park Tramway running each weekend) and this colourful advert is likely to remain in situ until then to encourage people to head along to this spectacular event. Keith Chadbourne provides the photos. 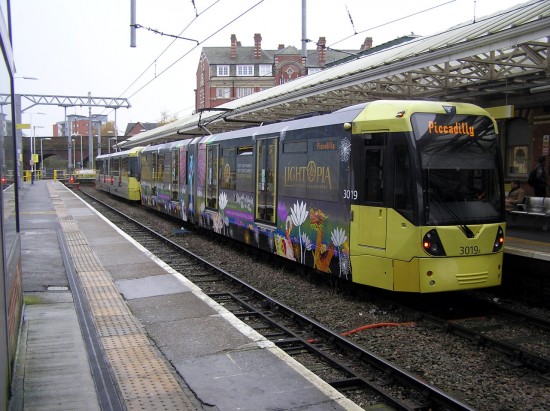 3019 coupled with 3038 at Altrincham working a service to Piccadilly. 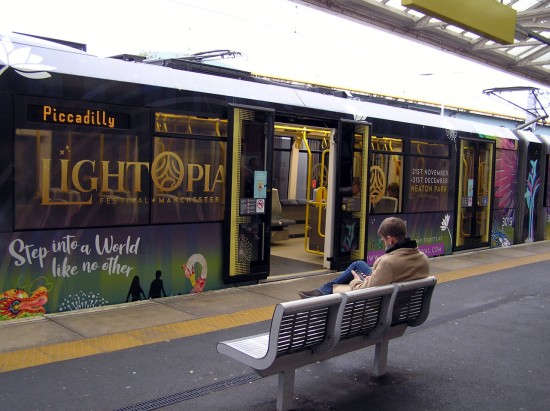 A close-up of the details on 3019’s Lightopia advert. 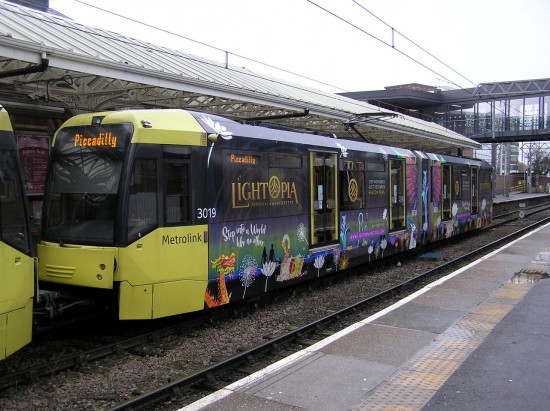 Another look at 3019 sitting at Altrincham. (All Photographs by Keith Chadbourne, 26th November 2019)