Preparations for the start of passenger services on the first section of West Midlands Metro’s Birmingham Westside extension have stepped up a pace this week with the start of driver training. At the same time it has been announced that a new timetable will be introduced onto the entire line from 1st December whilst revised fares will be in place from 8th December – the date public services are expected to start.

Driver training started on Monday 18th November with 23 being used to train the driver instructors (so that they in turn can train the drivers) with the tram running on the new section of line to the stop in Centenary Square which will be known as Library. Although the full line is available for driver training there still remains some finishing work to be completed, especially on the two new stops, which will need to be done before public services start.

Sunday 1st December will see a new timetable introduced on the entire line which will not only see trams running through to Library but will also see more frequent services on a Sunday, an extension to peak period services throughout the week and improved connections to early morning rail services from Wolverhampton to London. This date will not see the commencement of public services on the extension – this is widely expected to be 8th December – but testing will be continuing and it now looks as if these seven days will see full “shadow” running where trams run as normal to Grand Central, terminating for passengers to alight and then continuing to Library out of service. Provided all this goes according to plan it will then be the following Sunday that the next phase of West Midlands Metro opens.

End to end journey times between Library and Wolverhampton St George’s will be 45 minutes with the first trams departing Wednesbury Parkway at 0430 Mondays to Fridays, 0500 Saturdays and 0740 on Sundays. Trams run at irregular intervals until 0700 when a 6-8 minute service pattern is introduced (Mondays-Fridays) and then its every 6 minutes from 1630 to 1900. The day ends with a 15 minute frequency. This is an oversimplified version of the timetable pattern but you get the idea! The main difference for Saturdays is trams only run every 8 minutes from 0700 until 2000 from when its every 15 minutes. Sundays has a 10 minute frequency for most of the day. The new timetable can be viewed here.

Meanwhile, new fares will be introduced from 8th December which will see some increases although the overall rise will only be 0.7%. Metro fares did not go up in January when many other local transport operators increased theirs and these changes have been introduced after a “comprehensive review of ticket options”.

Carl Williams, Director of Operations at West Midlands Metro, said: “We are committed to offering excellent value for money. Tram travel is still one of the least expensive public transport options in the region and we want to keep it that way. Clearly our network is growing with the latest extension due to open as soon as final testing and commissioning has been completed. As a result, we’re launching a new and improved timetable covering an additional two stops in the heart of Birmingham City Centre and, having frozen prices at the beginning of 2019, we are introducing a new fare structure at the same time. Some customers will actually see savings as a result of the changes. Where there have been modest increases they’ve been kept to a minimum and any additional revenue will help fund future improvements to our expanding network.” 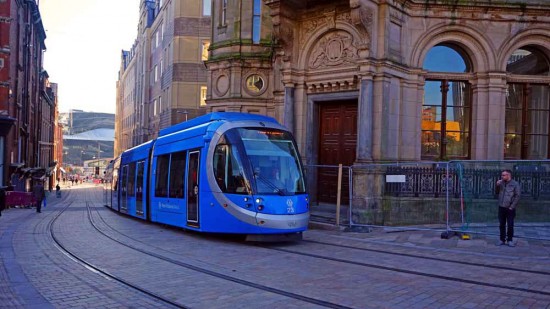 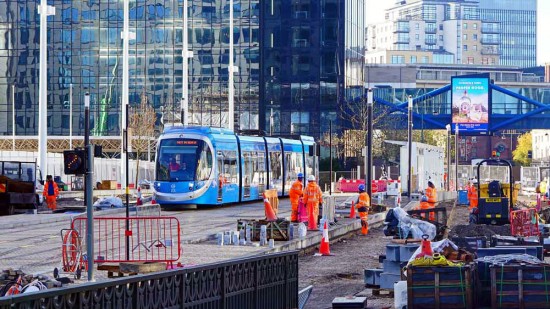 23 in Centenary Square at the Library stop where the amount of work still required to complete the stop is evident. 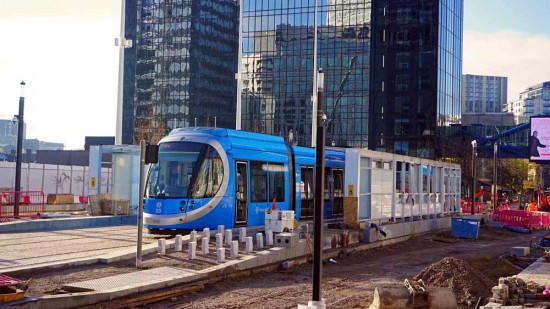 The tram stands at the stop. 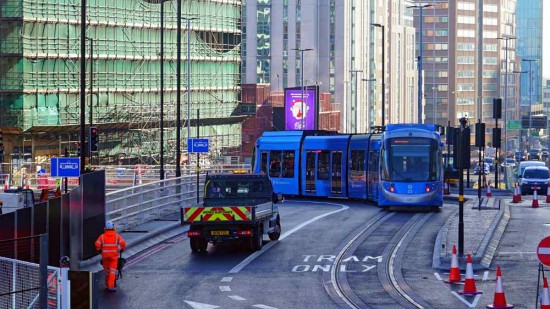 23 continues its driver training heading away from the camera. (All Photographs by Andy Walters, 18th November 2019)