Posted on Tuesday 12 November 2019 by Gareth Prior

This edition of Picture in Time again lands in Blackpool in 2007 and this time we take a look at the always popular first Balloon Car – 700.

By the time the below photos were taken of 700 it had been running in wartime condition for 10 years having been overhauled and returning to service in 1997. By 2007 it had lost its trolley in favour of the more convenient pantograph but had received more traditional destination blinds rather than the dayglo versions it had originally received after overhaul. Complete with the attractive Wartime Green and Cream livery, roof windows and dummy side destination blinds it was a sight to behold and firmly established itself as a popular tram. Despite its apparent heritage condition 700 was chosen as one of the trams to be converted for use on the upgraded tramway receiving widened centre entrances and after operating in 2011 with a plain white livery it was vinyled in the Flexity style Purple and White livery. Use as a B fleet car has been incredibly limited for 700 with most of its appearances in recent years confined to heritage tours.

In this first view below we see 700 standing at Fleetwood Ferry with a side-on view showing the chrome original fleet number, dummy centre destination blinds and roof windows amongst other traditional features. 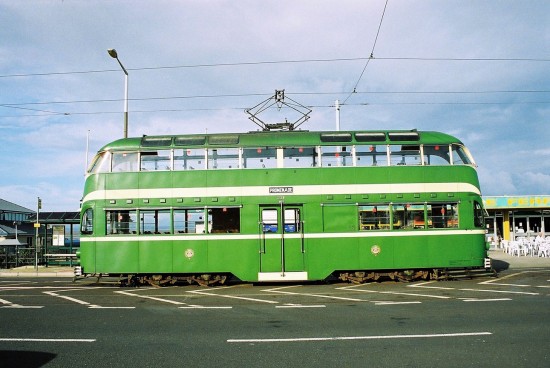 The second photo again features 700 as it races along the cliffs bound for Starr Gate. 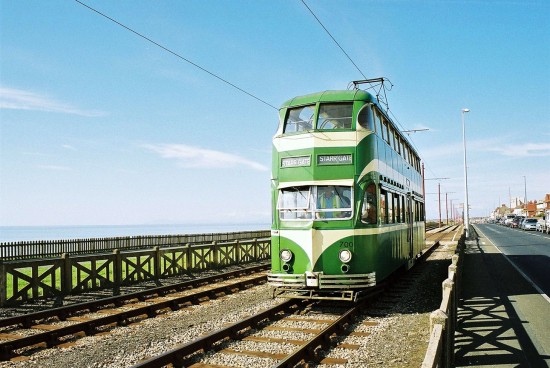 The final image takes us inside 700 and shows the traditional swingover seats. 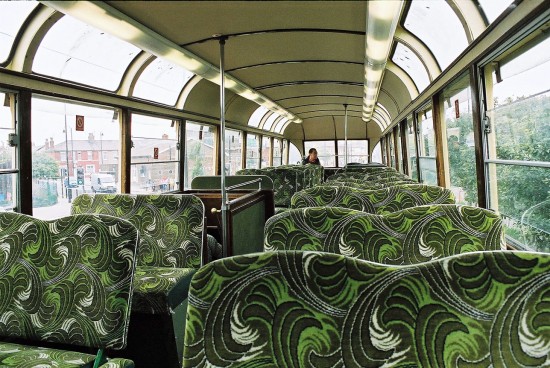