Today’s dip in the archives sees us return to the Tyne and Wear Metro as we continue to look around the depot during the 30th anniversary depot anniversary.

This time around we see 4049 stabled in the outside sidings whilst it was carrying a very simple all over advert for Kidd & Sporr Harper Solicitors. With standard yellow doors and a black body the train retained full yellow ends as well. 4049 was one of the Metro Cars built in Birmingham by Metro Cammell from 1978 until 1981. 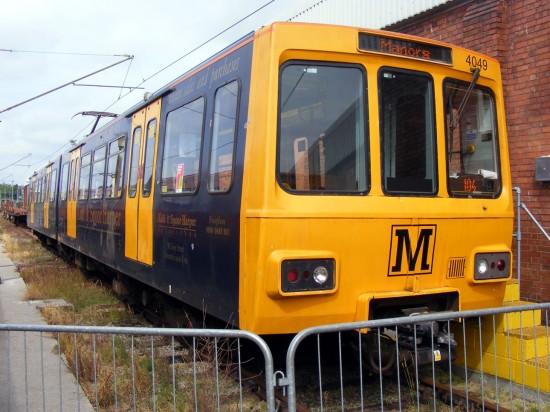