Posted on Friday 1 November 2019 by Gareth Prior

In a little over a month, if everything goes according to plan, the next part of the West Midlands Metro network will be open to passengers with trams travelling from Grand Central onto the Birmingham Westside extension to Centenary Square. In preparation for the opening of the line overnight testing is continuing to make sure everything is exactly as it should be before daytime testing/driver training and then shadow running takes place in the lead up to the opening in December. On the early hours of the last date of October Ian Nightingale found 21 testing on the line. 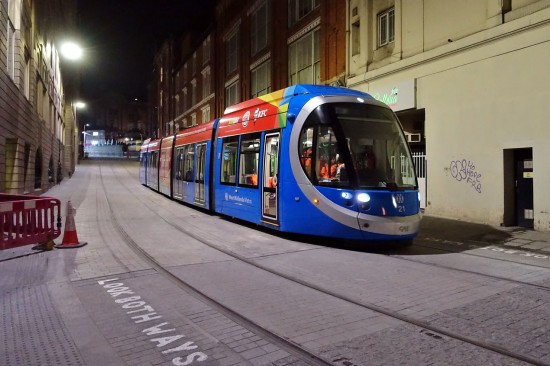 21 coming down Pinfold Street as it approaches Victoria Square. 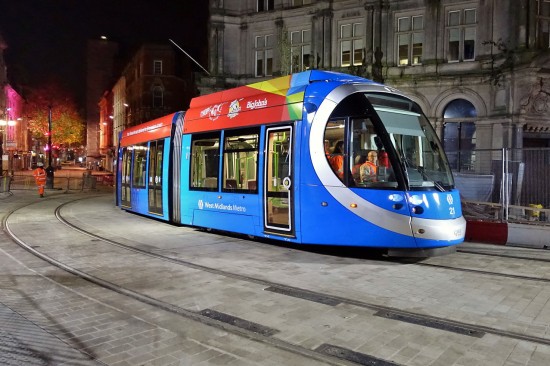 21 rounds the curve into Victoria Square. 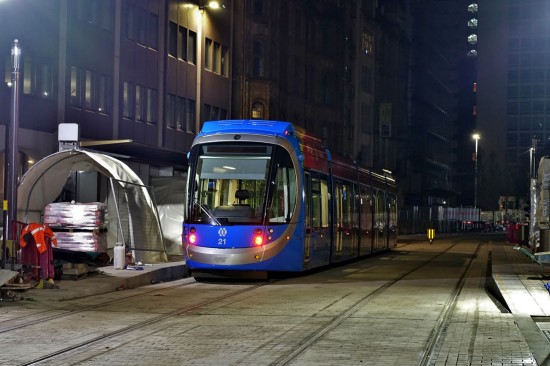 21 pauses at the stop in Victoria Square – Town Hall. 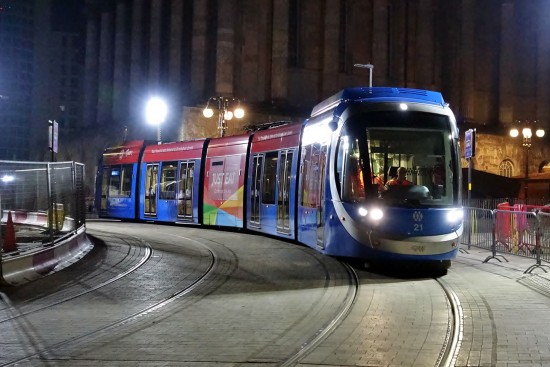 One final look at 21 in Victoria Square during testing at approximately 0230 on 31st October. (All Photographs by Ian Nightingale, 31st October 2019)