Around the World in Trams: Milan 1825

Posted on Sunday 27 October 2019 by Gareth Prior

We remain in Milan for today’s look at trams from outside of the British Isles and its another Peter Witt tramcar in the below image.

This is no. 1825 seen at Porta La Lagosta which is the terminus of routes 7 and 33. Route 33 is one of those where the remaining 150 or so Peter Witt trams can be seen plying their trade (routes 1, 5, 19 and 23 are the others) and many of them are in advertising liveries such as 1825 which seems to be advertising Hogan. This photo was taken on 14th March 2019. 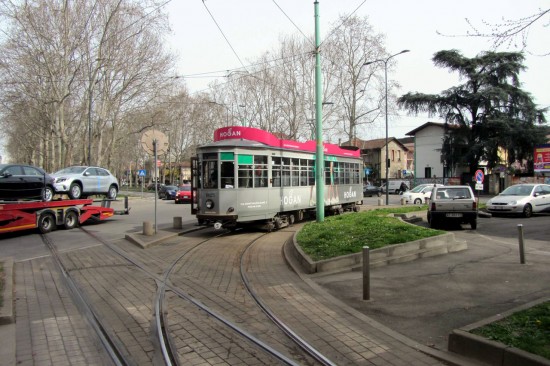