In Pictures: A closer look at Manchester Horse Tram L53

It’s the only fully intact Eades Reversible horse tram in the country and it can be found on display at the Bury Transport Museum (attached to the East Lancashire Railway) as part of a long-term loan from the Heaton Park Tramway. Manchester horse car L53 has been at Bury since 2010 (except for a short period on loan at Beamish that year – which was the last time it ran in passenger service) and is one of many interesting exhibits at the museum. In this short pictorial article we take a closer look at the tram, both inside and out. 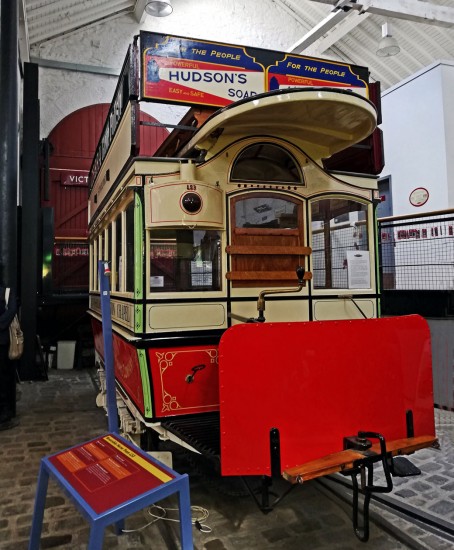 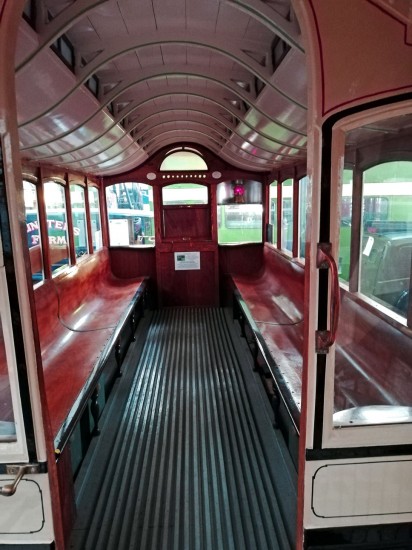 The lower deck of the tram with its unusual ceiling. 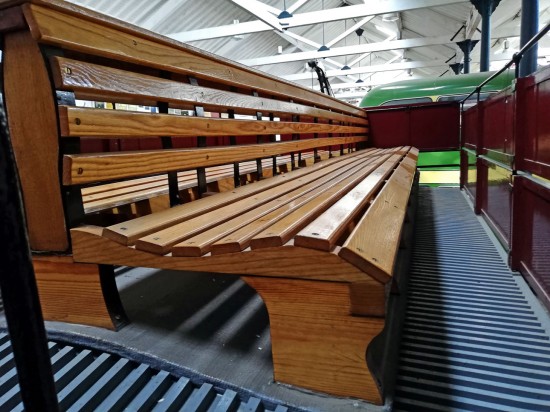 The upper deck of L53 with its central knifeboard seating in evidence. (All Photographs by Barry Smith)