Whilst we are currently in an in between period of trackworks in Sheffield it is the turn of Nottingham to see a revised service as new track is laid. This year the track replacement works are taking place in the section of line between The Forest and High School with trams running from Hucknall and Phoenix Park to The Forest and then from Old Market Square to Clifton South and Toton Lane. In this pictorial update from Martin Miller we see the trackworks around The Forest.

Whilst trams were running to The Forest there was still some trackwork taking place here as well with, on the day of these photos, the normal outbound platform being attended to. The replacement of track was also stretching down towards the stop at High School. This hilly section of line is one of the busiest sections of the tramway with all trams under normal conditions travelling past this point. The works began on Monday 5th August and are due to continue until Sunday 18th August. 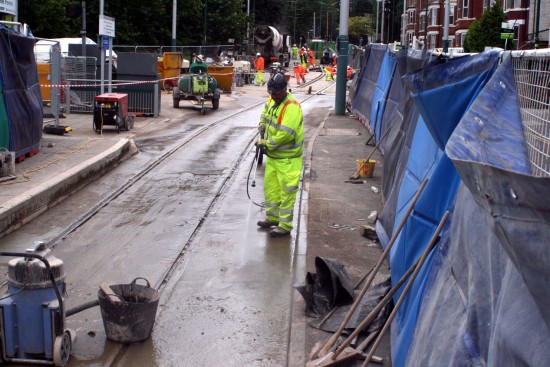 In the stop at The Forest where new track has been put in place and the clean up operation seems underway. 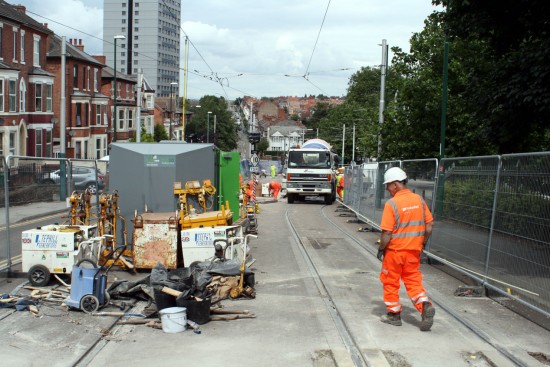 Looking down towards The Forest from the city side with barriers up and various equipment also in evidence. 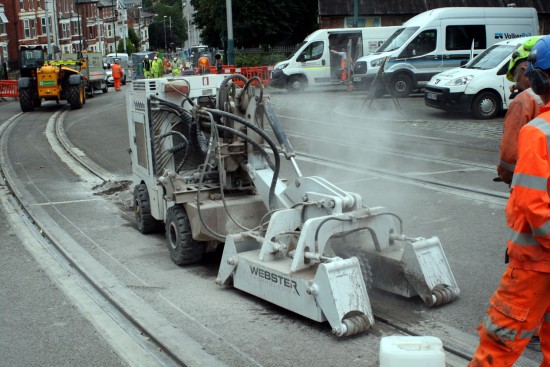 This interesting machine with cutters in operation was in use during the visit. 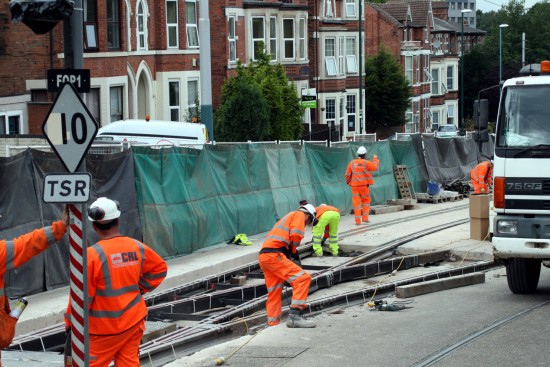 Attention is being given to the points leading towards the central platform at The Forest. 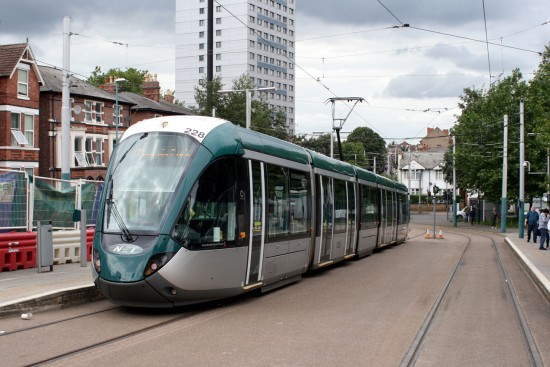 228 stands in the central platform at The Forest about to depart for Phoenix Park. 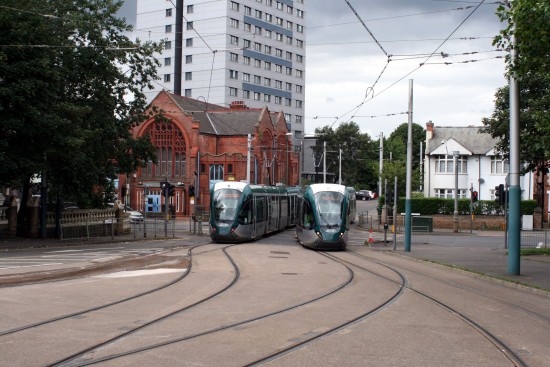 As 228 departs for Phoenix Park we see 233 arriving. The latter tram will terminate before it forms the next outbound departure for Hucknall. (All Photographs by Martin Miller)