Around the World in Trams: Krakow 3042

Poland is the location for our worldwide tram series for the next few weeks as we head to the southern city of Krakow.

The city of Krakow – which is close to the border with the Czech Republic – has an extensive tram network with some 27 routes totalling approximately 90 route kilometres which includes a 1.4km tram tunnel. Trams first ran in the city in 1882 (horse trams) with electricity coming in 1901. The future also looks bright with the tram network the main form of public transport in the region with many of the routes now designated “fast-tram”.

A programme of tram replacement has been ongoing in recent years and in this view we see 3042 which was imported from Dusseldorf having previously operated in the German city. Built by Duewag it was acquired by Krakow in 2009 and it was one of 27 such trams. We see the tram in June 2013. 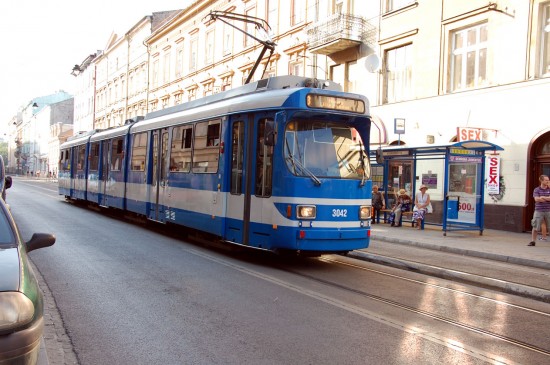