Around the World in Trams: Madrid 1162

We have another image from the Spanish city of Madrid this week as we take another look at the last vestiges of the original tram system.

Again running on route 70 this image shows 1162 in operation towards the end of the operation of the tramway. Another tram also waits in the foreground as an inspector or driver looks on surveying the scene. Passengers are also rushing towards the tram to board; for many it may be the last chance they get to ride on a tram in the city – or so they thought! 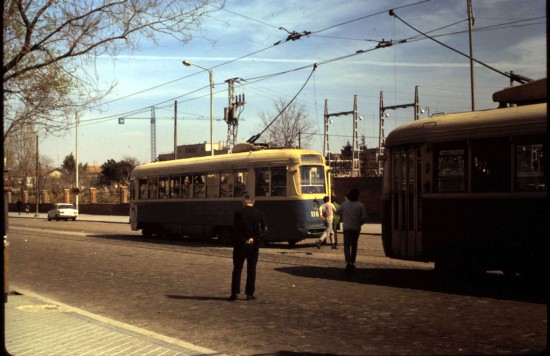