The North East has been affected by heavy snow falls in the past week, and Beamish Museum has seen plenty of the white stuff recently. Indeed, the museum posted messages on its Twitter account to reassure potential visitors that the attraction was indeed open despite the inclement weather, emphasising just how severe conditions are in the region. However, the trams have coped admirably well and carried on with their regular business of transporting visitors around the site.

Surprisingly, Leeds 6 has been used on a few occasions recently. Having not been used much of late the sight of the little grey tram running through the snow-covered museum has been a very welcome one. Video footage of car 6 clearing the overhead wires of frost, with some spectacular flashes from its trolley head, can be viewed online here: http://www.youtube.com/watch?v=MKrbLZOWq1c&feature=youtu.be

Whilst the covered cars in the running fleet have kept the service going during the worst of the winter weather, two of the museum’s open cars made a rare appearance outside in the snow on Thursday 17th January. Due to electrical works taking place inside the lean-to depot, to improve the lighting within to create a better working environment for tasks such as repainting trams, it was necesary to empty this building for a while. This resulted in both Newcastle 114 and Blackpool ‘Boat’ car 233 being stabled on the depot track fan for a while, enabling some unusual snowy scenes to be captured. It was particularly unusual to see the British Trams Online sponsored Boat car out in the snow, something which has rarely, if ever occured on the Blackpool tramway! It is anticipated that a later phase of the depot works will finally see overhead wire erected over track 4, making this much more accessible to the tram fleet, which currently have to be shunted in and out using another vehicle.

The accompanying photos are republished from the Beamish Transport & Industry Blog, with our grateful thanks. 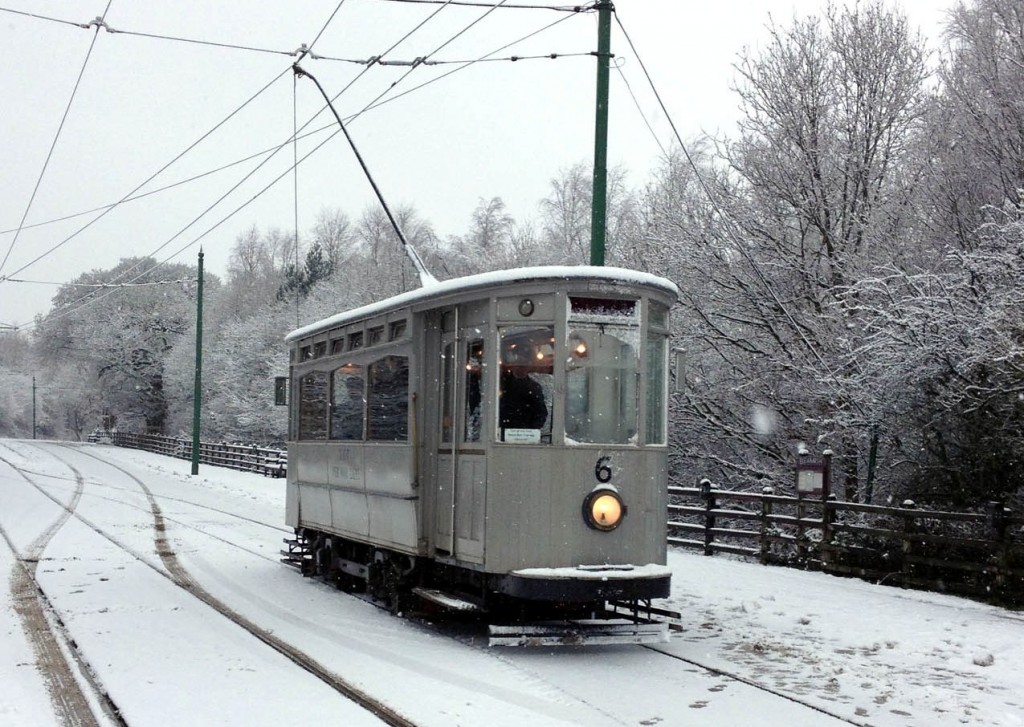 Leeds 6 awaits its next load of brave passengers at the Museum Entrance on January 16th. 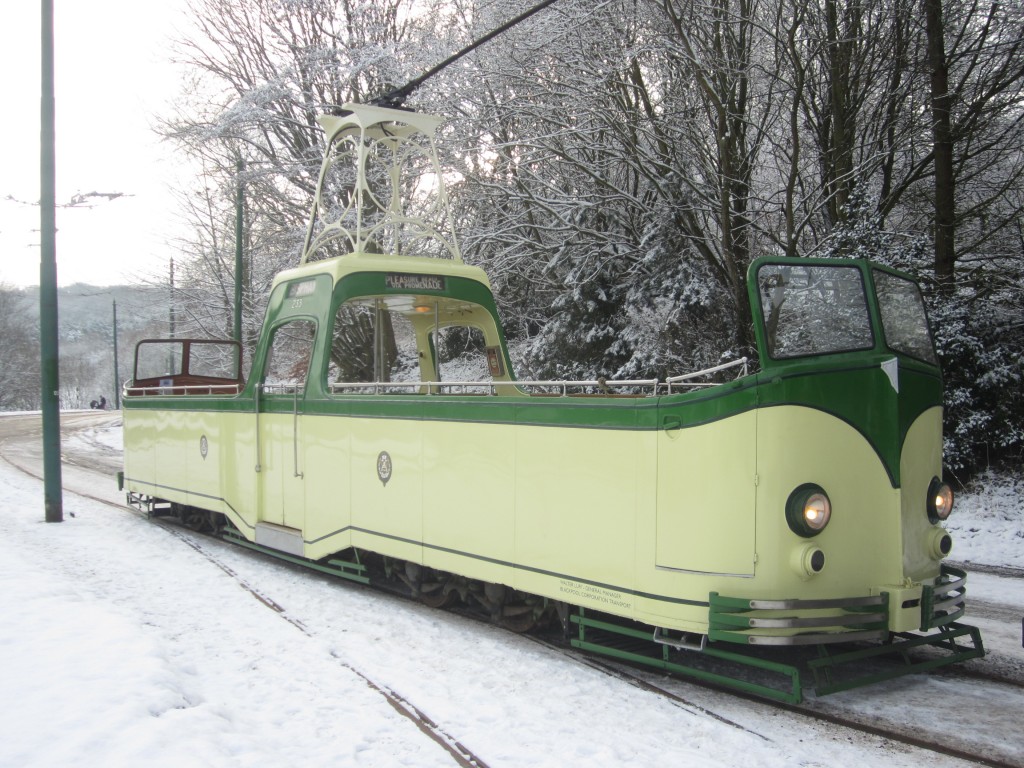 Blackpool 'Boat' 233 basks in what little winter sunshine is available during its appearance on the depot fan on January 17th. 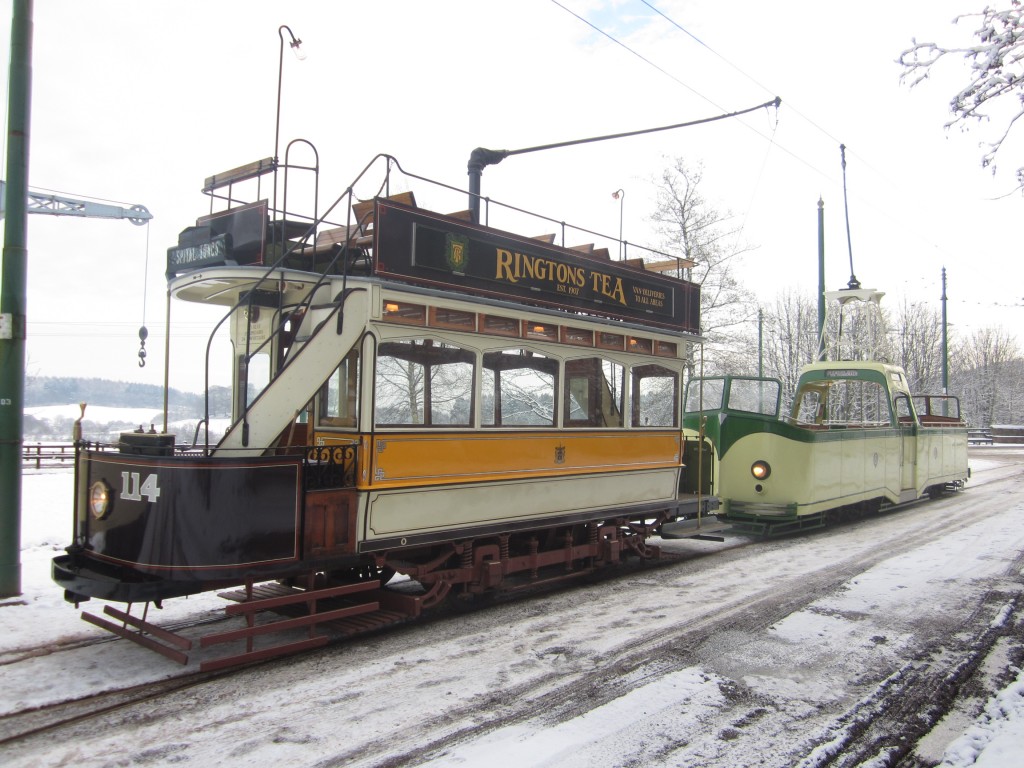 Any room up top!? Newcastle 114 joins 233 outside the depot for a rare winter scene.