This week’s archive Blackpool tram image again comes from the final year of the traditional tramway – 2011.

The tram we feature this time is Brush Railcoach 630, a tram which would remain in service for most of the final season before being withdrawn during the illuminations to allow a full repaint to be undertaken into the 1990s Green and Cream livery ahead of its entry into preservation at Crich. But at the time of this image it was in an all over advert for Karting 2000 – the second such design the tram carried for this sponsor, a company who by this time had moved from Starr Gate to South Pier.

The tram is captured here during 2011 having just come off the loop at Little Bispham as it prepares to return to Pleasure Beach. Of course in 2011 this was as much of the Blackpool Tramway as was in operation. 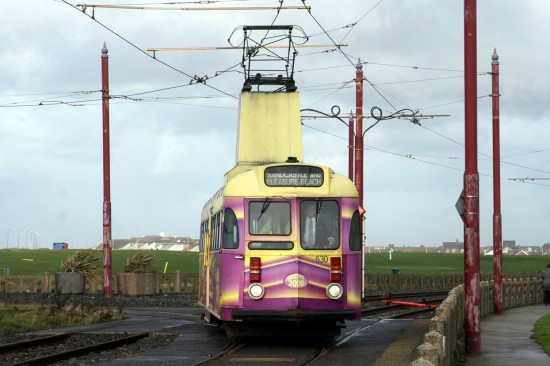