A restoration we have been keeping an eye on over the past few years has been that of Cambridge Street Tramways 7 – a horse tram which during the restoration it was discovered was in fact third hand to the Cambridge system. The restoration of the tram started at the Ipswich Transport Museum in 2012 and now some seven years later just a few jobs remain before it is officially launched to the public.

When the tram was first worked upon little was known about its history although it was soon confirmed that it was indeed no. 7 in the Cambridge Street Tramways fleet thanks to the initial rubbing down of the bodywork. This also revealed some of the adverts once carried on the tram and fast forward seven years and some of these adverts have now been restored to their former glory. It was soon discovered that the tram had previously run in Bradford and so it was presumed that the tram was second-hand to Cambridge but a few months into the restoration and the incredible realisation that it had in fact also run in Bath so the tram was third hand to Cambridge!

The trams restoration has been supported by a Heritage Lottery Fund grant with excellent progress made it returning to it to a double decker – when rescued the tram body only included the lower deck from when it was sold on after withdrawal in 1914, including a high quality repaint and the addition of the aforementioned period adverts. And the result is nothing short of stunning!

7 will now be on display at the Ipswich Transport Museum where it becomes the second restored tram to be seen with Ipswich 33 – an open top electric tram – also to be found there. 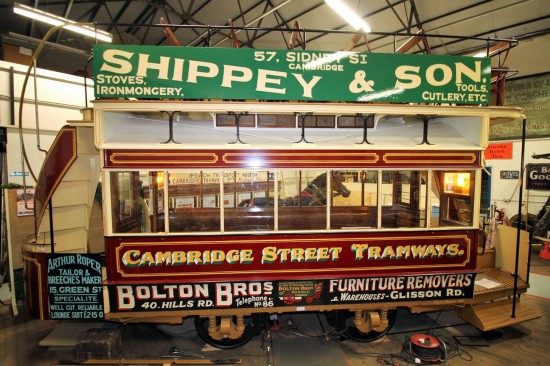 A side-on view of the almost completed 7. The Bolton Bros advert at the bottom was one of the first found when the tram was rubbed down. 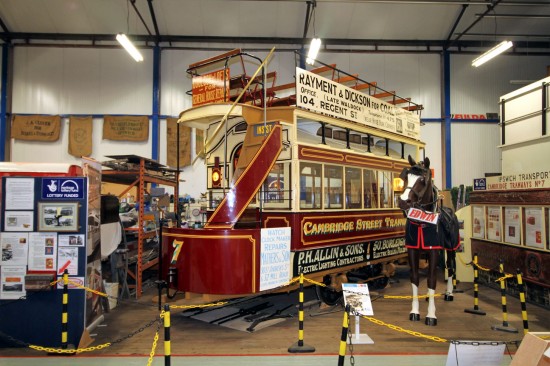 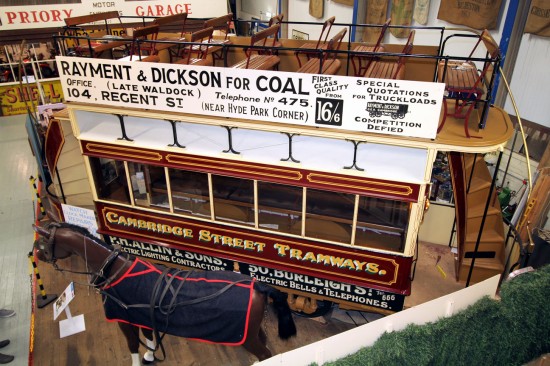 The high quality work which has gone into the restoration can be seen to good effect here in this shot from above. 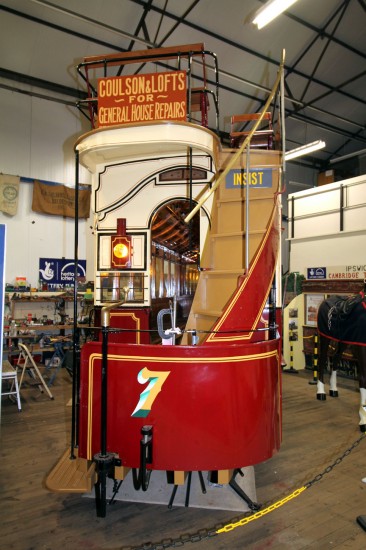 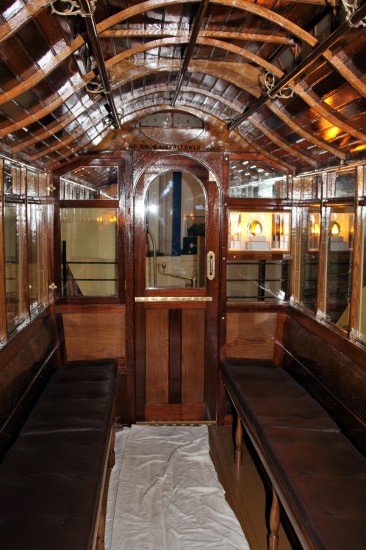 An interior view of the lower saloon. 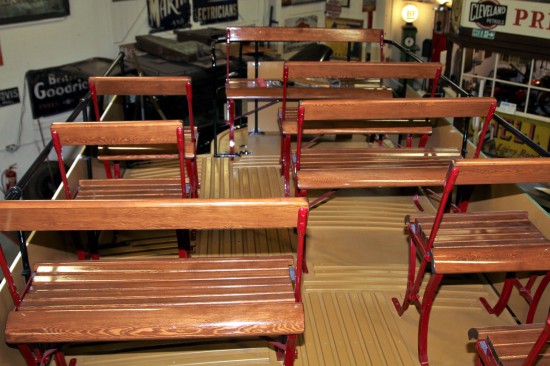 * Photos throughout 7’s restoration have been featured on British Trams Online. To take a look back select “Ipswich Transport Museum” on the right hand side of this very page which will bring all stories related to the museum.