Posted on Monday 26 August 2019 by Gareth Prior

The past few months hasseen West Midlands Metro showing a good variety of different livery styles on the 21 strong class, with advert liveries, new fleet livery and a special livery all in evidence. Before it started to get quite so hectic with the new liveries we take a look at some of the trams in service as they were in April 2019. 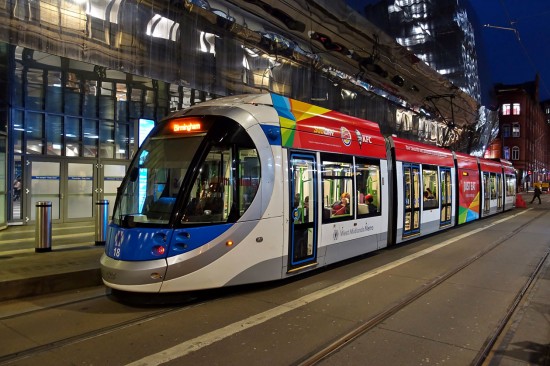 On 21st March 2019 we see 18 in its advert for Just Eat – including West Midlands Metro blue ends – at Grand Central. 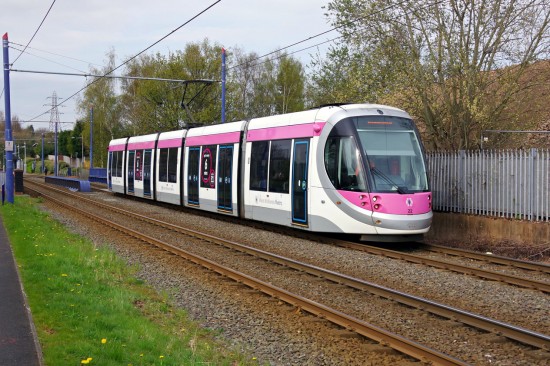 The old Midland Metro livery with West Midlands Metro logos is seen on 22 at Black Lake on 9th April. 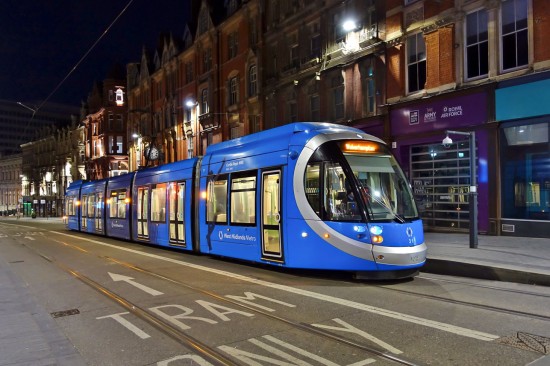 Corporation Street on 13th April is the location for this shot of 31. This tram is the only one to receive the full West Midlands Metro livery and has also been named Cyrille Regis MBE complete with silhouette of the former West Bromwich Albion footballer. (All Photographs by Ian Nightingale)