2012 has been an excellent year for the tram fleet of Beamish, the Living Museum of the North. This fantastic museum’s reputation for holding innovative transport events was further strengthened during the past year, which has seen two resident tramcars gain new identities, and three preserved trams visit Beamish, two of which remain on site at the time of writing. A total of ten trams ran there during 2012, and a summary of their year is provided here.

Leeds 6 – This tram has remained on loan from the Heaton Park Tramway and, despite usually being stored outside, it has continued to see occasional use as required, proving particularly useful in inclement weather. Unfortunately, outside storage has resulted in 6‘s condition deteriorating over the past year, but it is expected to return to Manchester early in 2013.

Gateshead 10 – Following many years of extensive use since its last works attention, this car was hastily repainted as Grimsby & Immingham 26 during August, entering service in this guise on August 31st. The tram has continued in regular service ever since, latterly fitted with replica lamps above its drivers’ windscreens for extra authenticity.

Sunderland 16 – Used frequently in the early part of the year, but withdrawn during the summer with severely worn tyres, and still stored awaiting attention.

Birkenhead 20 – This tram paid a short visit from Birkenhead to coincide with the Great North Steam Fair. It arrived on March 30th, entered service on April 2nd, and then operated on all four days of the event itself. Despite sustaining some minor damage in transit, car 20‘s visit was considered a huge success, with the tram returning home on April 25th. Its holiday has earned it a place on the British Trams Online ‘Tram of the Year’ shortlist.

Blackpool 31 – Another regular peformer for most of the year despite the poor summer, but latterly stored on the ‘dead’ track 4 in the tram depot and not used for quite some time. 31 is set to make its second trip to Heaton Park next spring in exchange for Stockport 5.

Sunderland 101 – The ex-Blackpool Balloon car was one of the most extensively used trams at Beamish this year, despite being intended primarily as a winter service car. Despite some criticisms of its condition, the tram has performed exceptionally well. Recently stored outside due to Blackpool 304‘s visit, 101 is now housed inside the main depot once again to ensure that it remains fit for service.

Newcastle 114 – Another busy year for this tram which enjoyed regular use, particularly during the peak summer season, following its overhaul and repaint the previous year.

Oporto 196 – This car received its most extensive workshop attention for two decades in 2012, which included a truck overhaul, body work and a repaint into a striking South Shields inspired blue and yellow livery. The car made a special appearance for a photo shoot during the ‘Power from the Past’ event, with its passenger debut following soon after, although it has only seen spasmodic use since then.

Blackpool 233 – The Lancastrian Transport Trust’s open ‘Boat’ car arrived at Beamish on March 1st and was quickly commissioned for service after a long lay-off. The tram was repainted by BusWorks into its original style green and cream livery in time to enter service on 12th April. Although the dire summer weather has confined 233 to the depot for most of the year, it has proved popular when it has run, and will hopefully see much more use in 2013.

Blackpool 304 – Another surprise visitor from the LTT was this Blackpool ‘Coronation’ car which arrived on 12th October. Following tests and crew training it became the first of its kind to run in passenger service away from Blackpool on 27th October, and then operated regularly until a derailment on 24th November led to its premature withdrawal. 304 has since been prepared for departure and is currently languishing outside the depot complex awaiting collection by its owning group.

In addition to the service trams listed above, 2012 saw another tram join the museum’s collection: Leamington & Warwick horse car 8 was acquired from the Summerlee Heritage Park during the summer, as a potential future restoration project. Meanwhile, Sheffield 264 has remained stored awaiting a major overhaul and did not run this year. The car was stored on track 4 which remains unwired and therefore used by trams not considered for service use, although it is planned to erect overhead wires here soon, and some electrical work has been carried out in the depots in preparation for this. It is also hoped to install a fifth track in the depot to offer increased storage space for visiting trams and any future additions to the home fleet. Finally, it was announced during the year that a new 1950s-themed area is to be built at the museum, with plans afoot to increase the scope of the vehicle collection to include more modern trams and trolleybuses.

With plans well advanaced for the 40th anniversary of the Beamish tramway, 2013 looks set to build on the successes of the past year and could well be the most exciting year yet for this tramway. All of these developments will be reported here as they unfold, so stay tuned as the best may well be still to come for Beamish! 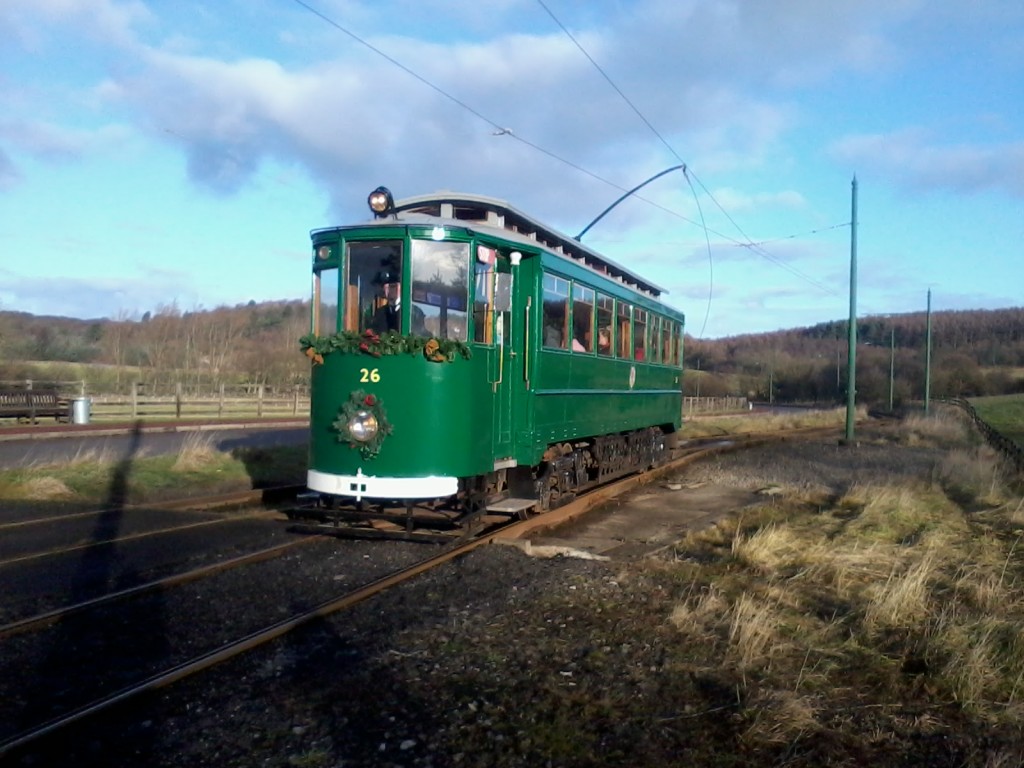