Balloon 711 on standby for snow

For many years it has been the norm for at least one of Blackpool’s Balloon cars to be fitted with snowplough equipment for the winter. In the last few years, members of the ‘B Fleet’ have been used in this capacity and for 2018/19, car 711 has been chosen to receive a plough at one end.

Last year saw two of the purple liveried Balloons fitted with snowploughs, but with 719 currently out of service with a motor defect, 711 is the sole plough car this time around, although a second, smaller plough has been attached to one of the road/rail Unimogs for possible use. With snow being a rare phenomenon in Blackpool, it seems unlikely that we shall see a purple snowplough-fitted Balloon car in action – but you never know! 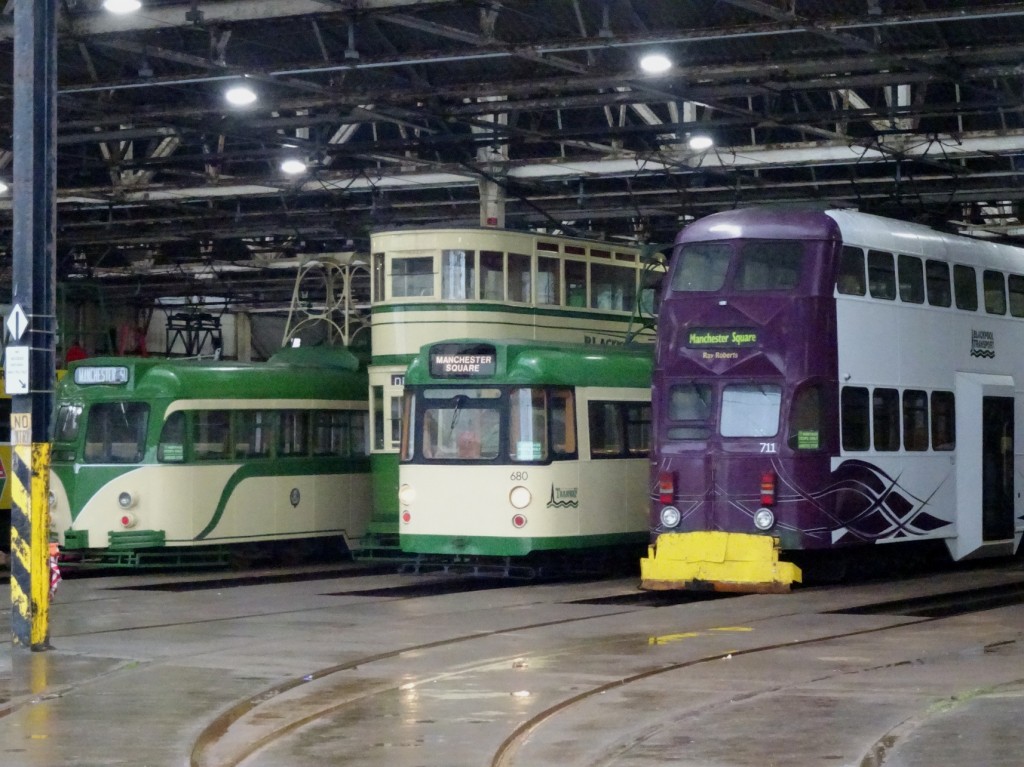 A line-up of trams at the front of Rigby Road depot in late December, with the snowplough-fitted 711 joined by Brush 621, Railcoach 680 and Standard 147. (Photo by Harold Hull)