Posted on Tuesday 1 January 2019 by Gareth Prior

Happy New Year one and all! We finally reach the end of our September retrospectives of those three big tram events in 2018 with one final feature from Blackpool’s September Spectacular which took place over the weekend of 22nd/23rd September. In this edition we feature another tram which is on long-term loan to Blackpool – Railcoach 680. 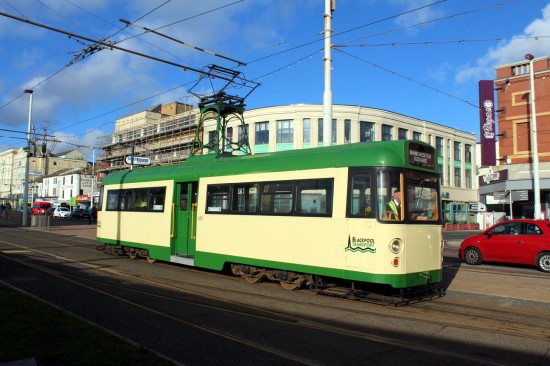 Owned by the Manchester Transport Museum Society – who operate the Heaton Park Tramway – 680 has been in Blackpool again since 2015. This first image taken on 21st September (during the Friday afternoon precursor) shows 680 at North Pier/Tower returning to depot. 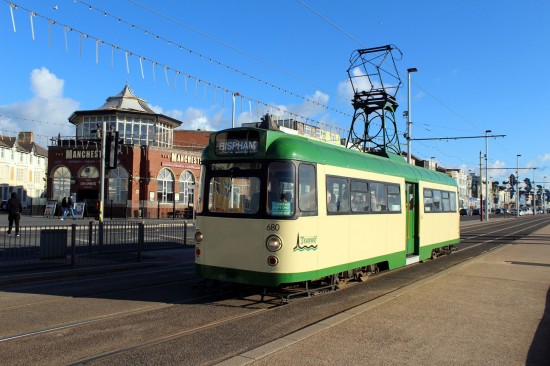 Two days later and 680 was in service again. This photo shows the tram heading north to Bispham at Manchester Square. And so ends this series – thanks for looking! Normal photographic series will return next week. (Both Photographs by Gareth Prior)