Posted on Wednesday 12 December 2012 by Gareth Prior

The first tram has reached Edinburgh Airport as progress continues to be made in the project to return trams to the City. As reported previously the overhead power was switched on between Gogar Depot and the Airport on 26th November as a prelude to testing trams on this section of track and Wednesday 12th November saw the first tram – 277 – made tentative steps on the line, the first significant movements of a tram in Edinburgh since 1956 when the original system closed.

277 departed the Depot and proceeded towards the Airport at walking pace with an army of staff to ensure that everything was going according to plan. Once the tram had returned to Depot a second vehicle was used to undertake further tests. This time 252 – the first delivered CAF tram – was utilised and this travelled at speeds up to 40kph between the Depot and Airport. It is now planned that the next few days will see further tests taking
place with the speeds being gradually increased until the full line speed is reached.

It is believed that the project continues to be on the revised schedule and that the first passengers will be able to be carried on the trams by the summer of 2014. 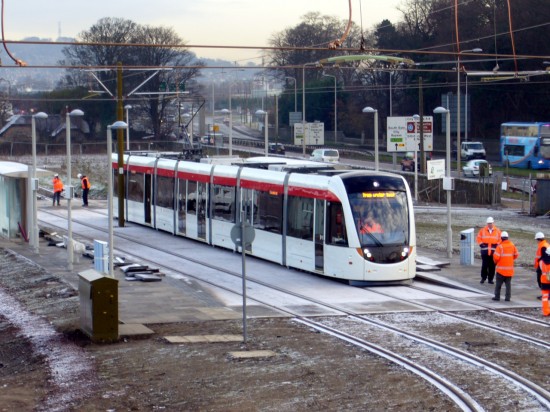 Our first view shows 277 at Gogarburn stop - the first after the Depot - as the tram starts to make its lengthy journey to the Airport. (Photo: John Hampton) 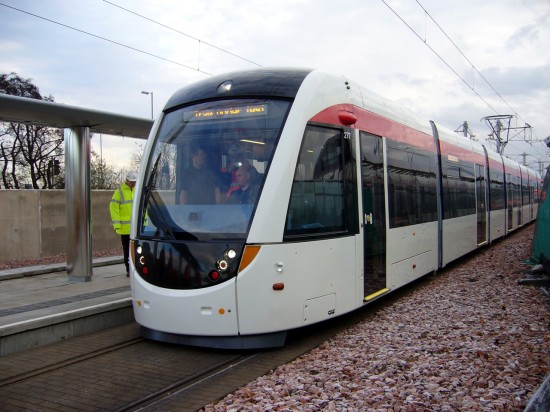 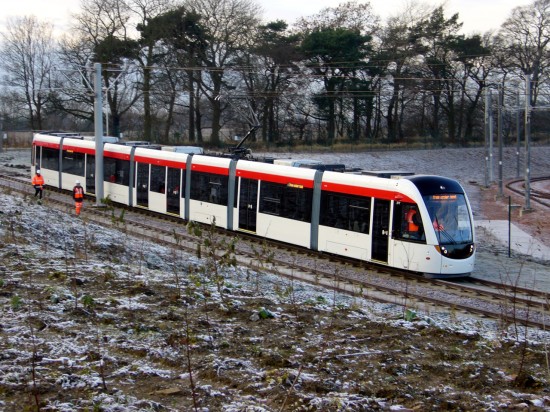 277 is seen here returning to Depot and is about to enter the ramp running to the Depot Yard. (Photo: John Hampton) 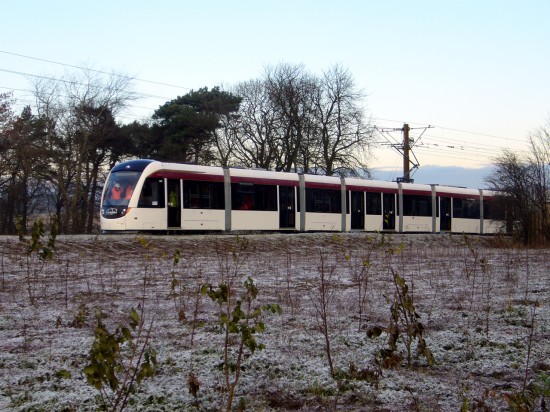 252 departs the Depot as it is on its way to becoming the second tram at the Airport. (Photo: John Hampton)