Throughout December we will be going back in time, well just about anyway, as we review the three big tram events of 2018 on the Isle of Man and at Crich and Blackpool (basically its an excuse to try and use more of the countless photos I took!) There will be two editions of this series a day throughout December with a trip to the Isle of Man each day and Crich and Blackpool on alternate days. It is very much a photographic series so there won’t be too much waffling from yours truly as the pictures will hopefully tell the story much better! In this first instalment we are off to the Isle of Man and feature the Crossbench evening on Tuesday 4th September.

Having only just arrived on the Isle of Man this was actually the first of the events for the Manx Electric Railway 125th anniversary that I attended – and what a way to start! With Ratchet Car 14 having been launched the day previously the chance was taken for four Crossbench Cars to be taken from Douglas to Laxey for an evening of action, including parallel runs and stunning photographic opportunities. In addition to 14 the other Crossbench cars were 16, 32 and 33. 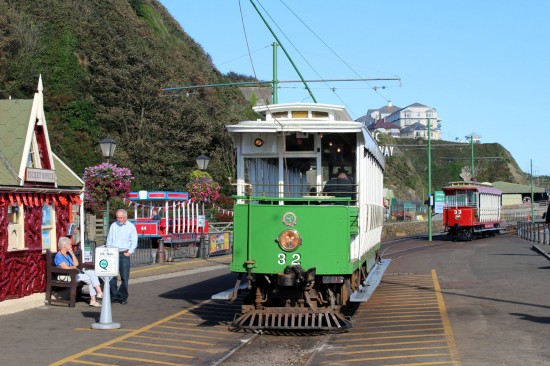 With the tram heading off north in numerical order in this view we see green liveried 32 waiting for departure at Derby Castle with 33 in the background waiting pull forward. 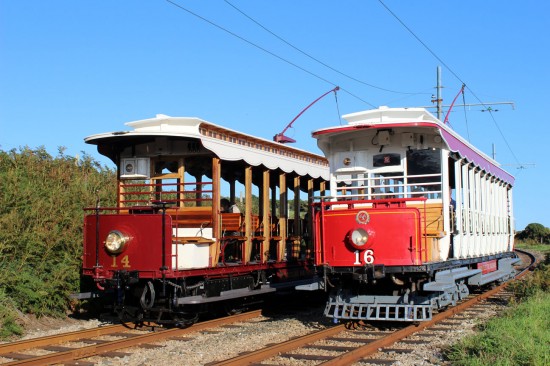 The first of the evening’s parallel runs saw 14 and 16 head to Bonner Corner where they were posed for photos in the glorious evening sunshine. 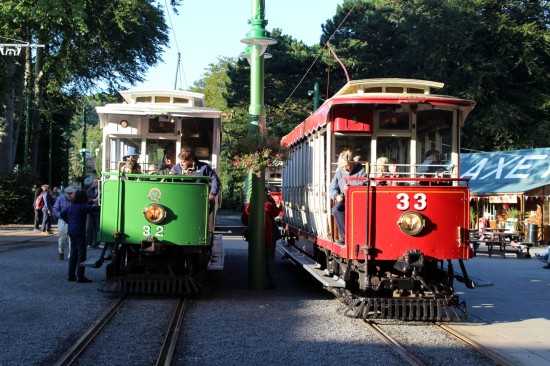 Back at Laxey and 32 and 33 are side by side waiting to depart with their first parallel run south. 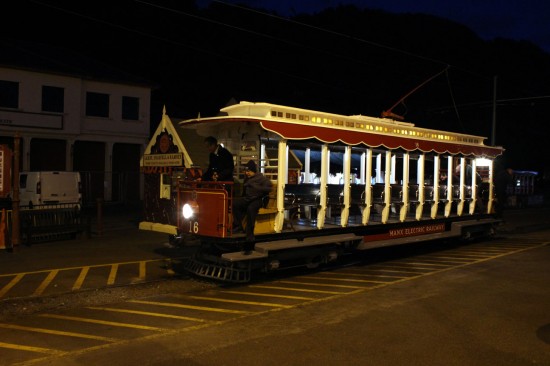 All four cars ended the evening running solo back to Derby Castle after dark. Here we see 16 standing at the terminus before it heads back to the sheds, a job well done! (All Photographs by Gareth Prior)