With Christmas now under a month away the Christmas decorations are starting to go up all over and that includes the trams of Manchester Metrolink! We have previously featured 3050 with its decs and another of the M5000s which has received the special vinyls is 3092 which is included below. Photos from Kian Lewis. 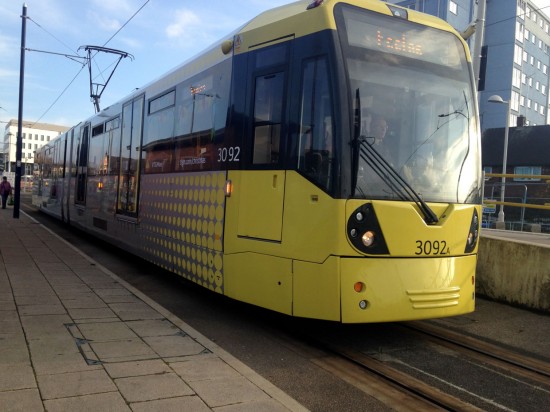 3092 and its Christmas decorations.