Today we are back at Summerlee for the conclusion of a look back to the early days of the tramway to mark 30 years of operations. We look at two trams in this article, both of which are no longer part of the collection – Graz 225 and Brussels 9062.

These two trams were the first two operational trams to arrive on site with Brussels 9062 inaugurating the service in March 1988 before it was joined later in that first year by Graz 225. The Brussels car dated from 1959-1961 with the Graz tram being built in 1950 and by the late 1980s both were out of service on their respective systems and were available for preservation. At the time there were no Scottish trams available to run the initial service at Summerlee (that would come later with Glasgow 1017 and Lanarkshire 53, and in the future Glasgow 1245) so they were pressed into service and provided many years of reliable service in those early days.

As the years progressed these two trams started to see less and less use with outside storage required as the small tram depot was full of those trams which were running on a regular basis. Unfortunately for Brussels 9062 this meant that it became badly vandalised in September 2004 with the damage caused deemed to be beyond economic repair. As a result the decision was taken to the scrap the tram, a shame for a tram which had become the first to run of the tramway in 1988. The end of Graz 225 has a happier ending as although it was no longer required at Summerlee it was acquired by the group involved in restoring Brighton tramcar no. 53 making the long move soith in 2010. It remains on the south coast to this day.

In this first image we see Graz 225 – in dark green and white – and Brussels 9062 standing outside the tram depot. 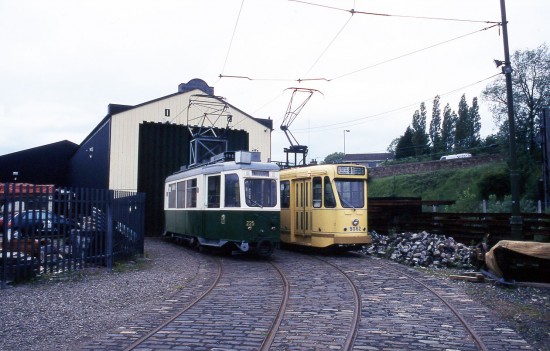 Another early image of the two trams seen at the entrance to the museum. 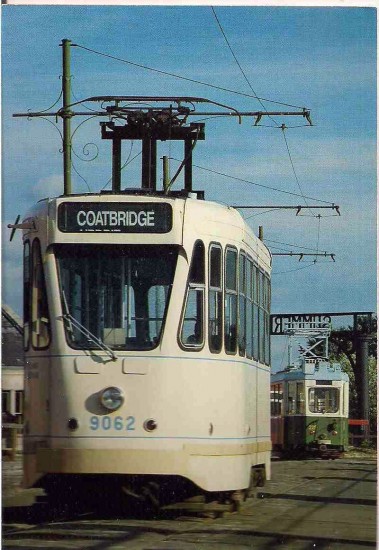 When delivered to Summerlee 225 was still carrying adverts from its time on its home system as seen here at the Entrance with 9062 once again in company. 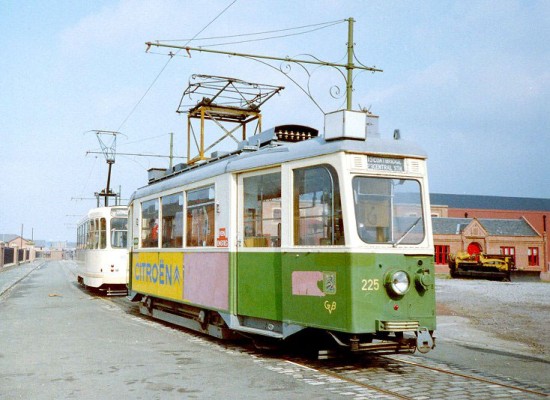 The final shot shows Brussels 9062 at the Mine. This photo was taken from inside Oporto 150, a tram which was purchased just for spares and never ran in passenger service. It does, however, live on at Summerlee with the truck and controllers being found on Lanarkshire 53. 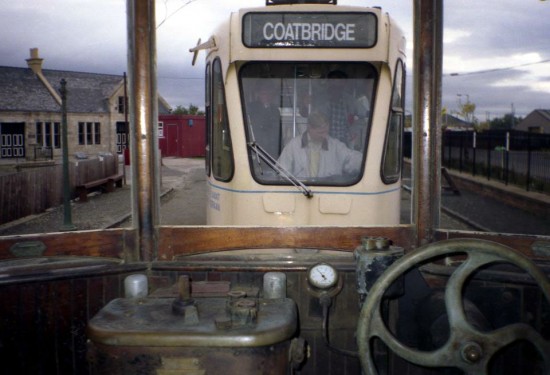