In Pictures: Trackwork in Nottingham

Posted on Tuesday 28 August 2018 by Gareth Prior

Between Thursday 23rd August and Sunday 2nd September services are suspended on Nottingham Express Transit between The Forest and Wilkinson Street to allow for track replacement to take place. The track is due to be replaced at several different locations on the closed section with work starting just beyond the stop at The Forest as shown in the below photos from Hazel Quarmby.

During the works trams are running from Toton Lane and Clifton South to The Forest and then from Wilkinson Street to Phoenix Park and Hucknall with a replacement bus service in operation between the two temporary termini. Another by product of the work is that the Hyson Green Market will be relocated to The Forest whilst the work takes place. 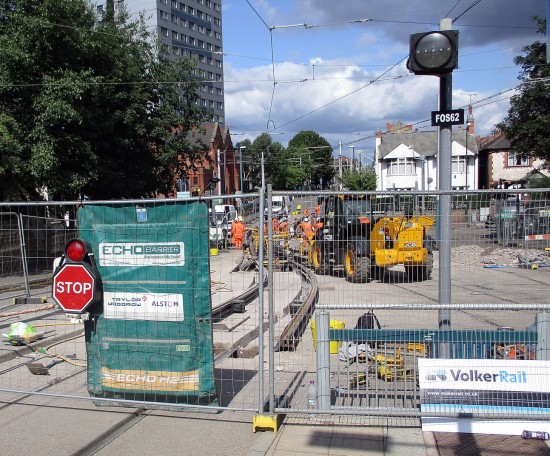 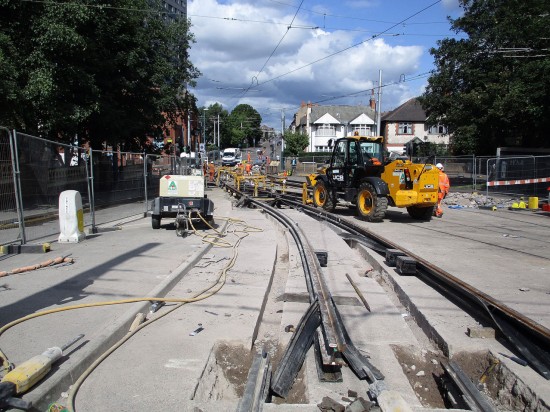 Immediately beyond the stop at The Forest and work was well underway to replace the track as shown in these images from Saturday 25th August. The new outbound track is waiting to be laid here. 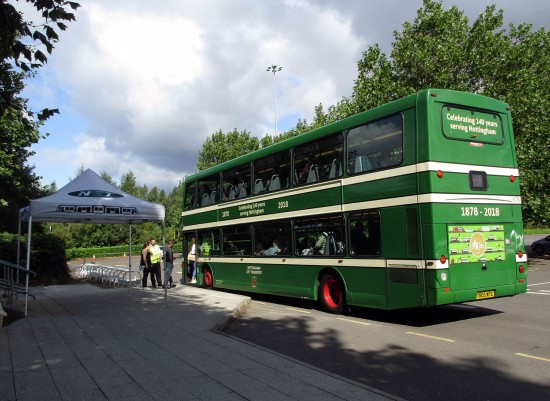 The replacement bus service including a bus with pictures of trams! To celebrate 140 years of Nottingham City Transport’s forerunners providing a service in the city some buses have received graphics showing the different forms of transport in history as seen here on the rear panel of the bus. (All Photographs by Hazel Quarmby)