Posted on Thursday 2 August 2018 by Gareth Prior

We move into Belgium for this week’s worldwide tram image as we feature the system in Antwerp.

Trams first ran in Antwerp in 1873 with conversion from horse to electric operation coming in 1902, with the network remaining in operation today. The system is metre gauge and currently consists of 14 routes, numbered between 2 and 24. 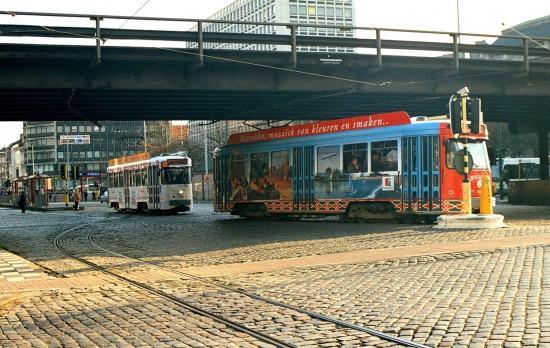