In this instalment of Picture in Time we take a look at Midland Metro with one of the original T69s in service.

This is T69 14 running into Jewellery Quarter – one of two stops on the line which share its station/stop with national rail services – as it works a service from Birmingham Snow Hill to Wolverhampton St George’s on 18th November 2008. 14 was delivered to Wednesbury Depot on 11th November 1998 and remained in action until June 2014 when it became the fourth of the class to be withdrawn from service. It then became the first of the T69s to leave permanently when it departed for Long Marston on 17th June 2014 and is one of the 13 trams to have been sold for scrap. 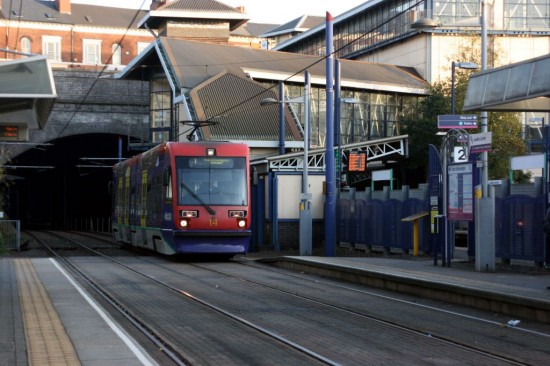