In Pictures: Adverts galore in Manchester!

At the end of last week we reported on how a new deal would see four tram covered in vinyl wraps for Vodafone on Manchester Metrolink but that isn’t all as a new advert has also been revealed for Heart FM. All five new adverts (only three of the Vodafone trams have been spotted so far but the deal is for four) are red based and feature full contravision on passenger windows.

Starting off with the advert for Heart FM this has been applied to 3043. This advert is fairly simple with a red base and limited white signwriting along with the Heart FM logo and slogans.

As for Vodafone again it is a simple design with a red base and white writing, although this does also include some yellow at the ends with the Metrolink livery and Vodafone advertising seemingly blending into one. So far 3017, 3047 and 3093 have been spotted in this vinyl wrap so presumably one more will follow. 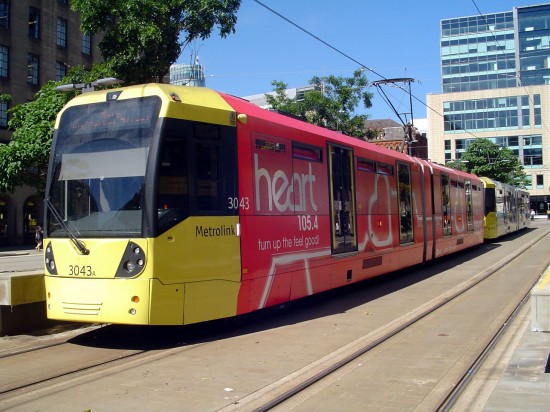 3043 is seen here at the back of a double unit on the way to Bury at St Peter’s Square. (Photograph by Dave Elison) 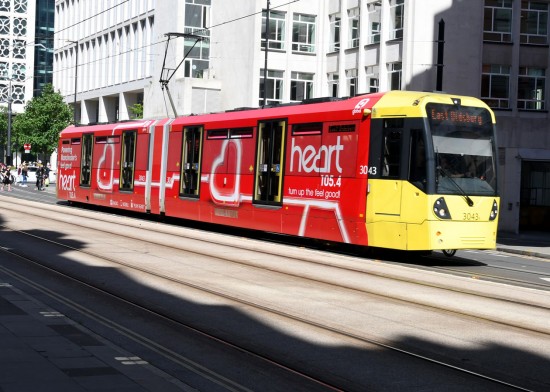 Another view of 3043. This time it is travelling along Mosley Street for East Didsbury. (Photograph by Roland Bull) 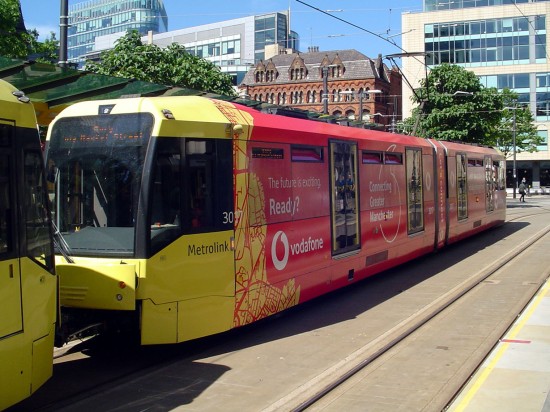 3017 at St Peter’s Square with its advert for Vodafone. 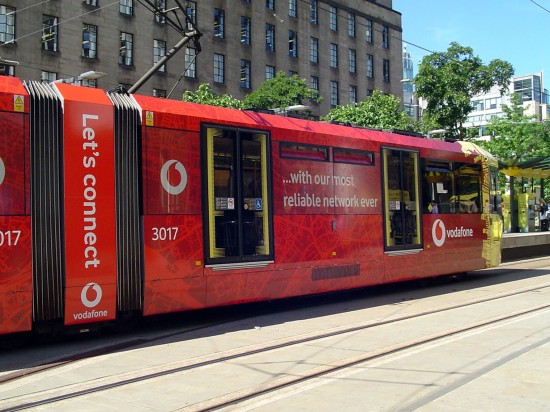 The detail of the advert as seen on 3017. (Photographs x2 by Dave Elison) 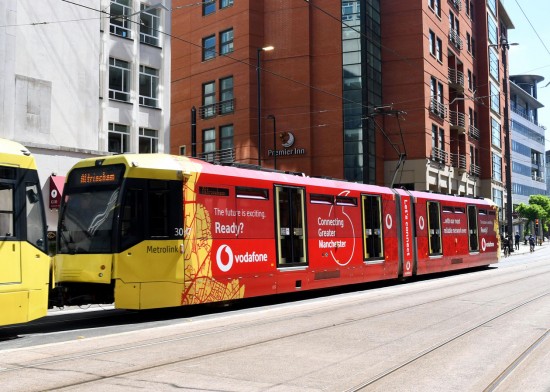 The second of the Vodafone adverted trams is 3047. Running here at the head of a double unit to Altrincham. 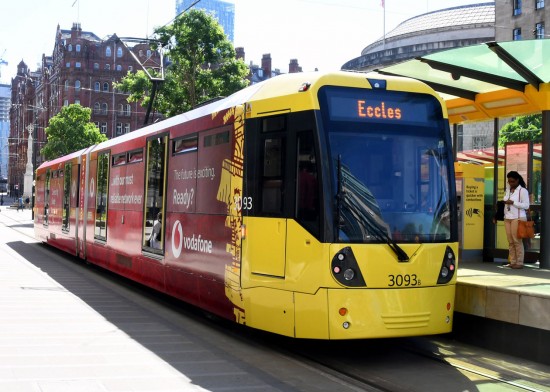 And 3093 is also carrying the Vodafone vinyls. (Photographs x2 by Roland Bull)