After four days of a revised service the normal full length service between Wolverhampton St George’s and Grand Central resumed from the start of Tuesday 12th June. The repairs on the damaged overhead between Jewellery Quarter and Soho Benson Road were finally completed overnight on Monday 11th June allowing normal service to resume.

Unfortunately, Monday 11th June had also seen other issues with the split service (trams from St George’s to Jewellery Quarter, change trams to travel to Grand Central) as a points problem and power failure compounded the problems experienced.

Hopefully with the overhead problems now fixed services can get back to normality in the last few weeks of Midland Metro before it becomes West Midlands Metro on Sunday 24th June. 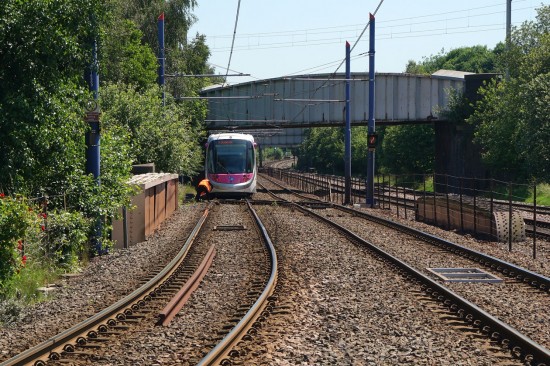 On 11th June the points at Soho Benson Road had to be changed manually for a time. This view shows 17 with the driver changing the points. 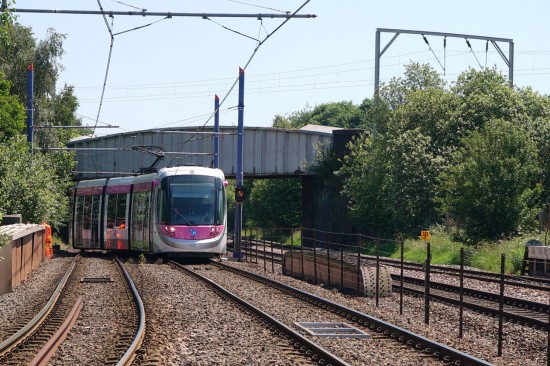 17 takes the points with engineers on site to fix the problem. 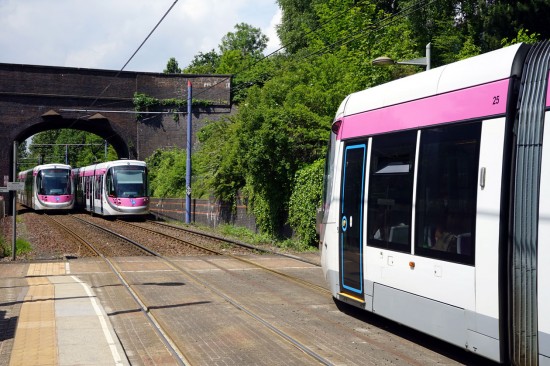 Later on and a busy scene at The Hawthorns with 22 heading off to Wolverhampton St George’s as 25 waits in the platform. 37 is behind 25 waiting to access the Birmingham bound platform. (All Photographs by Andy Walters)