Posted on Saturday 21 April 2018 by Gareth Prior

Picture in Time is back in Blackpool for this instalment as we take a look at one of the many adverts to adorn Jubilee 761.

It must have seemed a good idea at the time, an all over advert on a Blackpool tram to make it look like a stick of rock, unfortunately the end result didn’t completely work mainly because the shape of a Jubilee Car was anything but the shape of a stick of rock! Applied towards the end of 2002 this advert – the second to be applied to 761 – remained in situ until May 2004 when it was replaced by more vinyls and an advert for Wilkinson’s.

In both of the below photos we see the stick of rock at North Pier on 7th September working on specials, firstly to Cabin and then later on in the day to Cleveleys. 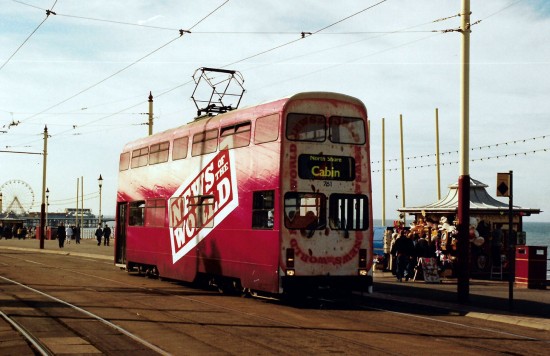 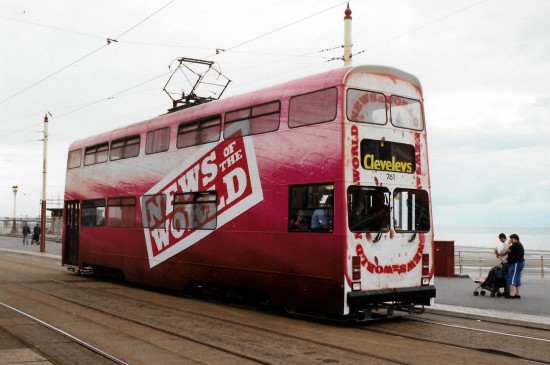