Friday 20th April was a momentous day on Midland Metro as the very first battery operated tram ran in passenger service following the successful completion of testing and driver training. 18 was used in passenger service throughout the day and for part of each journey on the current line it is planned to operate it by its batteries, even though all the line is powered for overhead.

As has been reported on this very website over the past few months 18 is the first of the Urbos3 trams to be so fitted with state of the art lithium batteries (housed on the tram roof) and it will be followed by the rest of the fleet. As for 18 it left Wednesbury Depot on 18th January 2017 for the fitting of the batteries in Spain (all other trams will see theirs added at the depot) before returning from its travels on 22nd September 2017. After overnight testing and then daylight testing, 18’s first passenger trip was a special run for councillors on 1st March 2018 and after further tests and driver training it was finally cleared for full passenger service which came on Friday 20th April 2018.

The tram is fitted with two lithium ion cells on the roof and these are recharged by the overhead lines on other parts of the route. Battery operation will be a key part of forthcoming extensions with no overhead due to be installed on various sections – including the Wolverhampton City Centre line and also parts of lines in Birmingham in historical sensitive areas.

On the first day 18 was running on batteries between Handsworth Booth Street and Soho Benson Road on the first day with the switch between two modes controlled by the driver with new buttons installed in the cab alongside the speedo.

18 left depot at 0643 and was scheduled to remain in service on the day until 0015. Provided all is well with the day in service it is then expected to be regularly used in service. 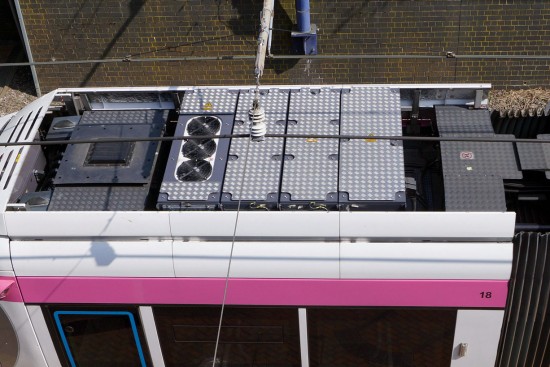 The batteries seen up close on the roof of 18. 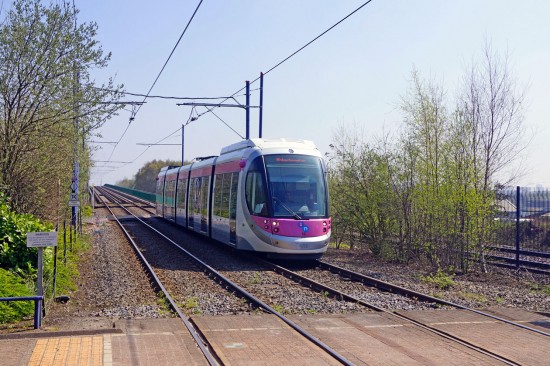 Look Mum, no hands! 18 with pantograph lowered runs on its first day back in service. 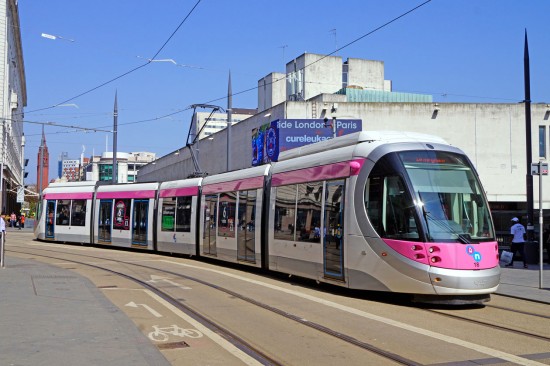 18 in Birmingham City Centre whilst operating under overhead power. 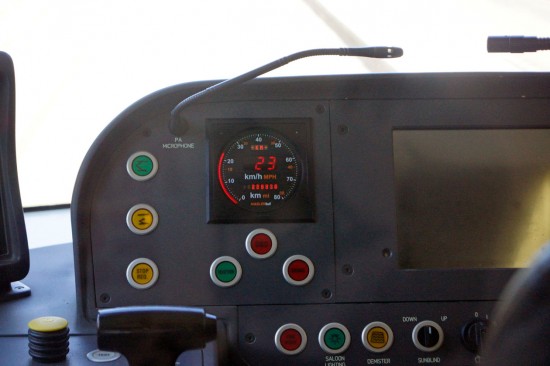 A look at the driver’s control panel showing the two buttons on the left which control the raising and lowering of the pantograph. (Photographs x4 by Andy Walters) 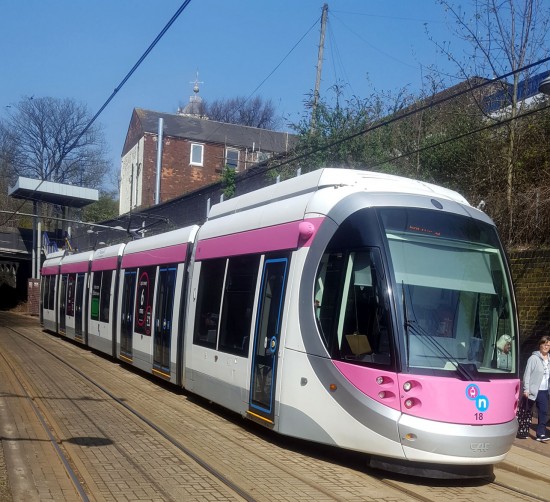 18 at Bilston - whilst under overhead power - on the first day of operation, 20th April 2018. (Photograph by Mark Cufflin)