And we end this series with the 26th different tram to have left its usual home for an operating loan – Blackpool Pantograph 167. As with Marton Box 31 which started off this series this is a tram which has been on the move on three different occasions although not all of them were a complete success.

Again as with 31 two of 167’s loans have been to Blackpool with the first of these happening in 2010 for the 125th anniversary of the tramway. 167 arrived in Blackpool on 2nd September and after a successful test/commissioning trip it entered service on an enthusaists tour which took place on 11th September. Unfortunately the tram failed on this tour and it was not to see use in Blackpool again during this loan with it being loaded for a return to Crich on 30th September 2010.

It was less than four years later that 167 was on the road again with a loan to Beamish pencilled in for the start of the year. Arriving at Beamish in late January 2014, 167 then entered service on 1st February and was used on most weekends from then until the end of April, with its last use in the north east being on the Easter Monday of 2014. But instead of returning to Crich, 167 was to enjoy a further loan in 2014 as it was transported directly from Beamish to Blackpool.

167 arrived in Blackpool on 28th April and after commissioning entered service on 24th May 2014. In doing so it became the first on loan tram to run in Blackpool since the upgrade and paved the way for the loans which have followed. A popular addition to the heritage tram operation in the town 167 remained in Blackpool for most of the summer season it last ran on Monday 25th August 2014 and then headed back to Crich on 29th August.

And with that we end this series looking at loan trams. As far as we aware that covers all trams which have gone on operating loans away from their usual homes over the past 15 years but if you can think of anything we missed please let us know! If we do this series again how many more loans will we be covering? Only time will tell! 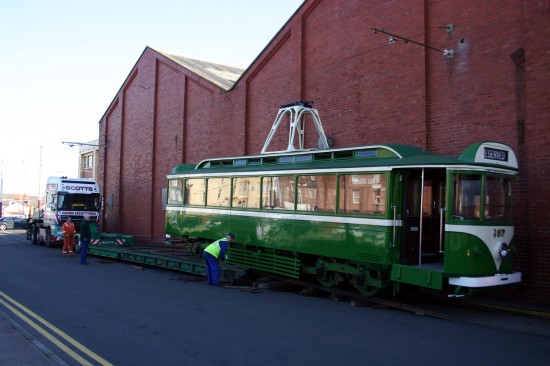 At the end of its ill fated loan spell in 2010 167 is loaded onto the low loader on Blundell Street for its return to Crich. 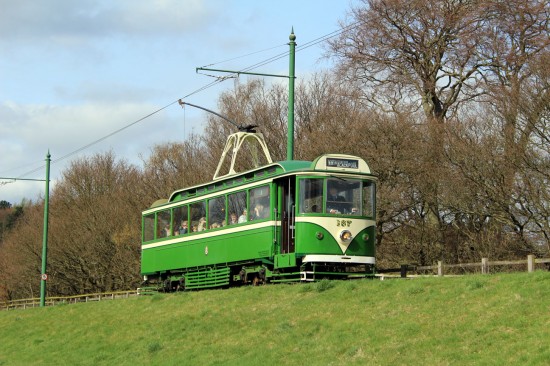 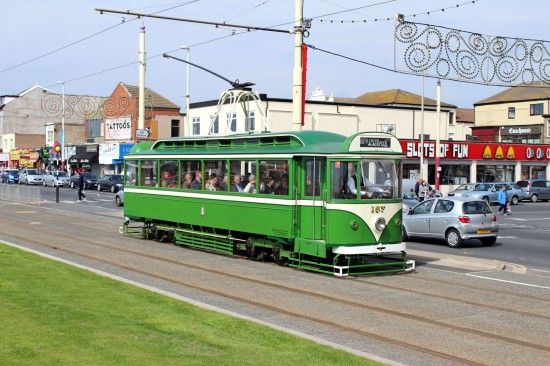 And then on 26th May 2014 167 had made its way to Blackpool for a much more successful loan period than that in 2010. The tram is seen passing Foxhall Square. (All Photographs by Gareth Prior)