And so we come to an end of our look at 15 key events over the past 15 years and although we have deliberately not put them in any particular order there is little doubt that one of most key events in this period has been the expansion of Manchester Metrolink with four all new lines plus the MediaCityUK spur and the Second City Crossing.

When British Trams Online launched at the end of 2002 Manchester Metrolink consisted of just the Phase One and Two lines to Altrincham, Bury and Eccles but there were already plans being formulated for extensions with the so-called “Big Bang” being promoted. This plan was initially scuppered when the government pulled the plug due to increased costs (Metrolink was not alone in gaining funding) but GMPTE (as they were then) refused to accept the decision and eventually after much lobbying the DfT agreed to fund the project, albeit split into two parts.

Phase 3a would see new lines built to Oldham and Rochdale (using the former Oldham loop heavy rail line), the South Manchester line as far as St Werburgh’s Road and the East Manchester line to Droylsden. At the same time plans were being formulated for a short spur off the Eccles line to major development at MediaCityUK.

That wasn’t it for Metrolink extensions though as the transformative Second City Crossing (2CC) was also constructed which gave a much needed second route through Manchester City Centre giving both extra capacity and a diversionary route if required.

As we write now a further line has started to be constructed to the Trafford Centre with this due to open in 2020-21. Further extensions may follow in the future – including some possibly using tram-train technology – but currently nothing definite.

Manchester Metrolink has rapidly expanded in our 15 years and is without doubt now the centre of modern UK tram operations.

Opening dates of Metrolink extensions covered in this period are: 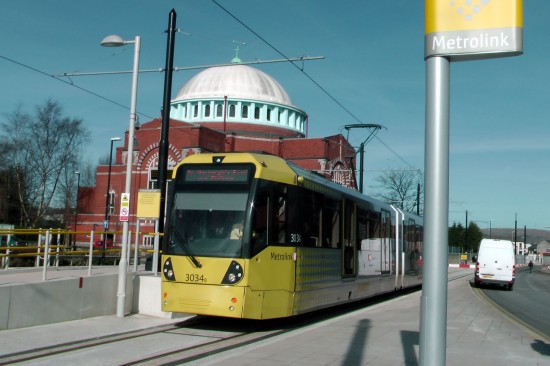 3034 stands at Rochdale Railway Station on the first day of services. (Photograph by Ralph Oakes-Garnett) 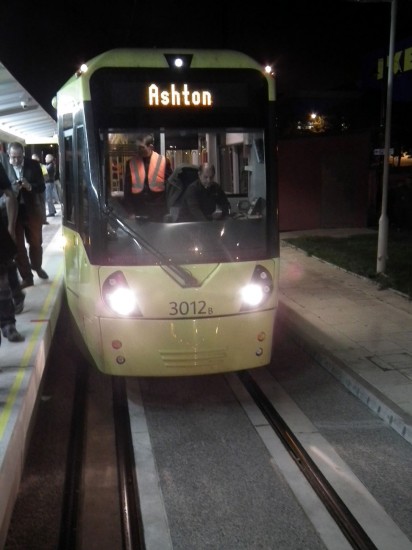 On the first day of services to Ashton-under-Lyne we see 3012 standing at the new terminus. (Photograph by Steve Kemp) 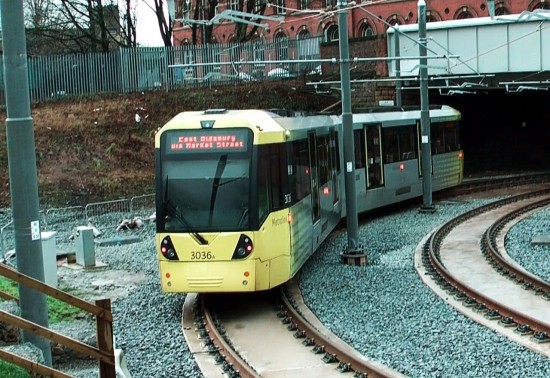 3036 leaves the Oldham Town Centre extension on its way to East Didsbury. (Photograph by Ralph Oakes-Garnett) 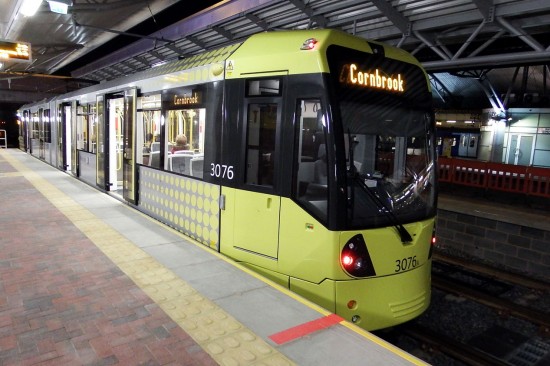 3076 at Manchester Airport as services began on this line as far as Cornbrook. (Photograph by Steve Kemp) 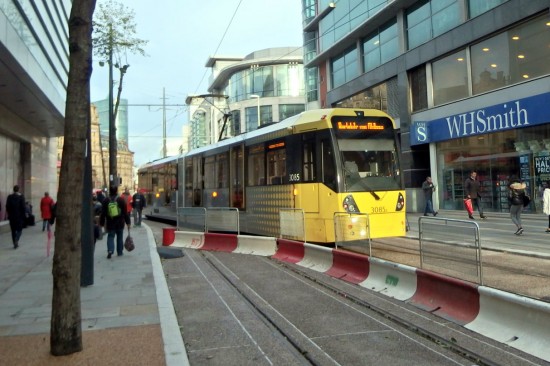 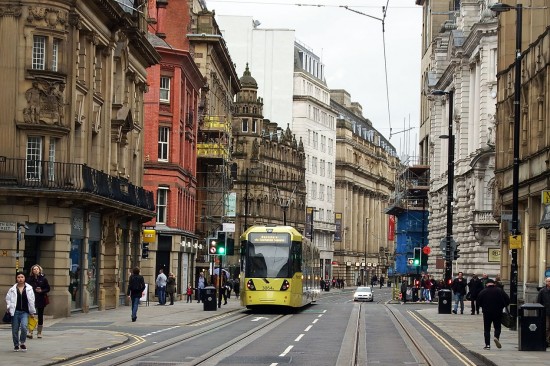 3064 heads off onto the Second City Crossing as services between East Didsbury and Rochdale Railway Station were diverted that way. (Photograph by Steve Kemp)