Posted on Wednesday 10 October 2012 by Gareth Prior

The annual Wirral Bus and Tram Show took place in Birkenhead on Sunday 7th October with plenty of visiting buses, bus trips around the Wirral and of course regular tram trips on the Birkenhead Heritage Tramway. This is often the best chance to see the main heritage tram fleet in operation and 2012 was no different with all four of the operational historic trams being used in service at some point during the day.

A two tram service was in operation until 1200 with Wallasey 78 and Liverpool 762 in use. Then for the rest of the day a four tram service was operated as Birkenhead 20 and Lisbon 730 joined in the fun.

Several other trams were also visible to visitors with the two Hong Kong trams (69 and 70) in the Taylor Street depot (both now having returned here following spells of storage at the Pacific Road Arts Centre) alongside the two current restoration projects of Warrington 2 and Liverpool 245.

With the future of the Heritage Tramway continuing to be up in the air as the ownership issues seem to be no closer to a resolution this may have been one of the last chances to see an intensive service in operation and the weather played its part in attracting a large crowd of visitors to sample the delights of a well organised event. 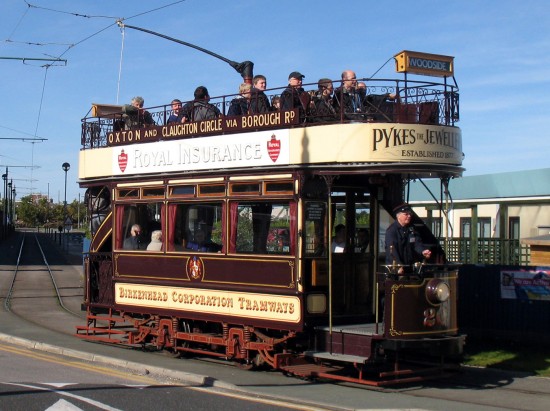 Birkenhead 20 is seen here about to travel along Shore Road during the Bus and Tram Show. (Photo: Mervyn Williams) 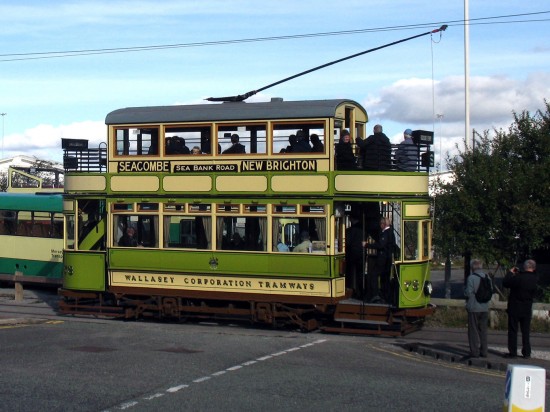 Wallasey 78 on Shore Road whilst operating in service at the Wirral Bus and Tram Show on 7th October. (Photo: Mervyn Williams) 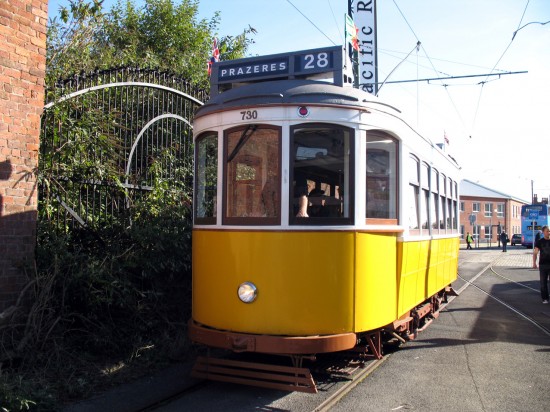 * A selection of photos from the event can also be found on Mollsmyre’s website
at http://www.mollsmyre.co.uk/wirral-bus-tram-2012.html with a video of the day viewable at http://www.youtube.com/watch?v=aA8Kap9gY8U&hd=1