The second Blackpool Brush Railcoach to have enjoyed an operating loan during the past 15 years is 623, and just like 630 this is also a current loan with it remaining in Blackpool.

Brush 623 started off this period as part of the normal Blackpool Tramway operating fleet but by the time of the upgrade it had already been deemed surplus to requirements and had been acquired by the Manchester Transport Museum Society for eventual movement to the Heaton Park Tramway. Originally leaving Blackpool on 6th May 2010 for the Museum of Museums it eventually found its way to Heaton Park on 29th November 2011 before becoming entering service on 22nd January 2012.

With the 80th Anniversary of the Brush Car being celebrated in 2017 an agreement between the MTMS and Blackpool Heritage Tram Tours saw 623 return to Blackpool for an operating loan. Arriving in Blackpool on 6th June the tram was prepared for service and was first used on an evening tour on 14th July 2017. It has since seen further use and will remain in Blackpool for the winter. 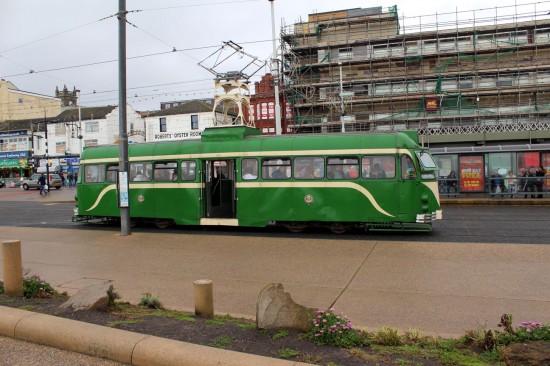 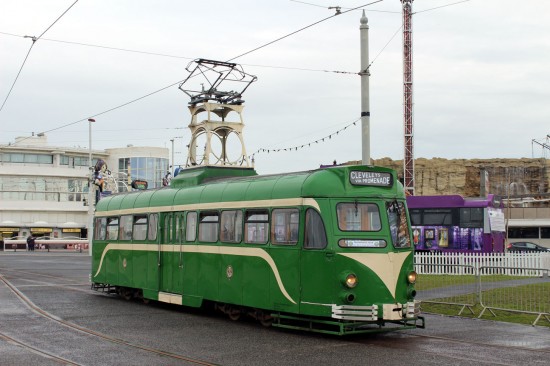 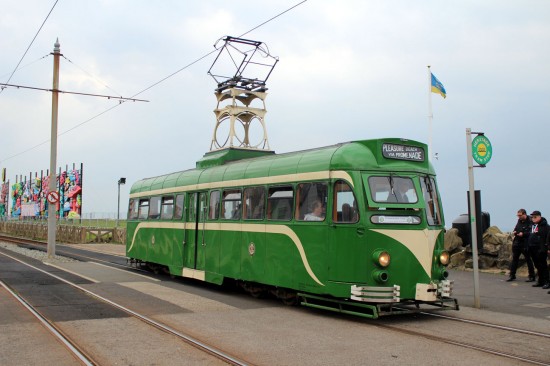 On 24th September 2017 623 approaches Bispham towards the end of the Anniversary Spectacular event. (All Photographs by Gareth Prior)