Posted on Monday 4 December 2017 by Gareth Prior

Not all major events over the past 15 years have been special events as such but nonetheless events of this kind have still been a significant aspect of what has happened since we started off in 2002. One of the most key events was the withdrawal of the Manchester Metrolink T68 and T68As as upon their withdrawal they became the first of the UK second generation tram classes for this to have happened to.

Built as two sub-classes the T68s were built in 1991/2 with the T68As coming along in 1999. The first 26 T68s were built for the initial network based on the Altrincham and Bury lines with the remaining six T68As constructed for the Eccles extension. They quickly became a familiar sight in Greater Manchester in their white and aqua livery and in doing so were the first second generation trams to operate in the UK. The expansion of Metrolink in the 21st century necessitated extra trams and TfGM turned towards Bombarider to construct a new fleet of trams, the M5000s. At this time it was expected that the T68s would still operate alongside the M5000s but with increased issues with reliability the decision was eventually taken to replace the entire original fleet of trams – both the T68s and T68As.

The first to be withdrawn was 1011 with this taking place on 18th April 2012 – just over 20 years since it had entered service. This tram also has the “honour” of being the first second generation tram to be scrapped in the UK when it was moved to Booths of Rotherham in September 2013. Before this happened, though, it had the distinction of being used for the Red Bull Trial in Manchester City Centre which saw it included as part of the course! 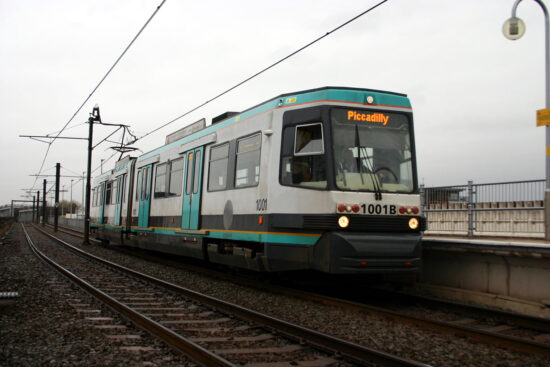 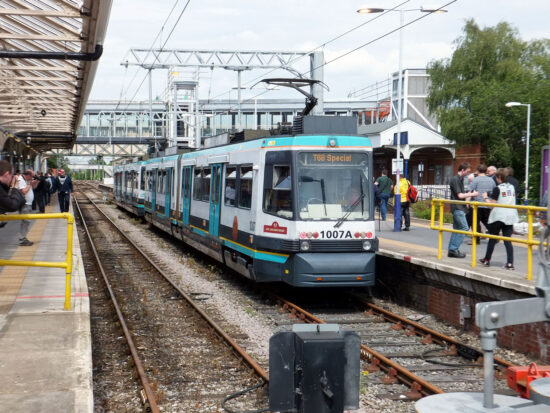 The farewell tour of the T68s is seen in platform 2 at Altrincham. 1007+1016 were the two trams selected for this honour. (Photograph by Ken Walker) 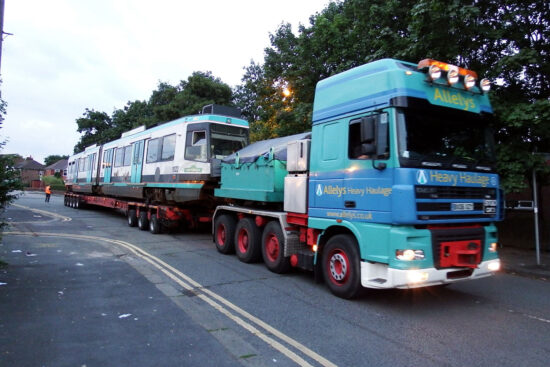 1022 departs from Trafford Depot on 8th August 2014. Unlike the majority of the class this was not a trip to the scrapyard but it was on its way to Long Marston. (Photograph by Steve Kemp)